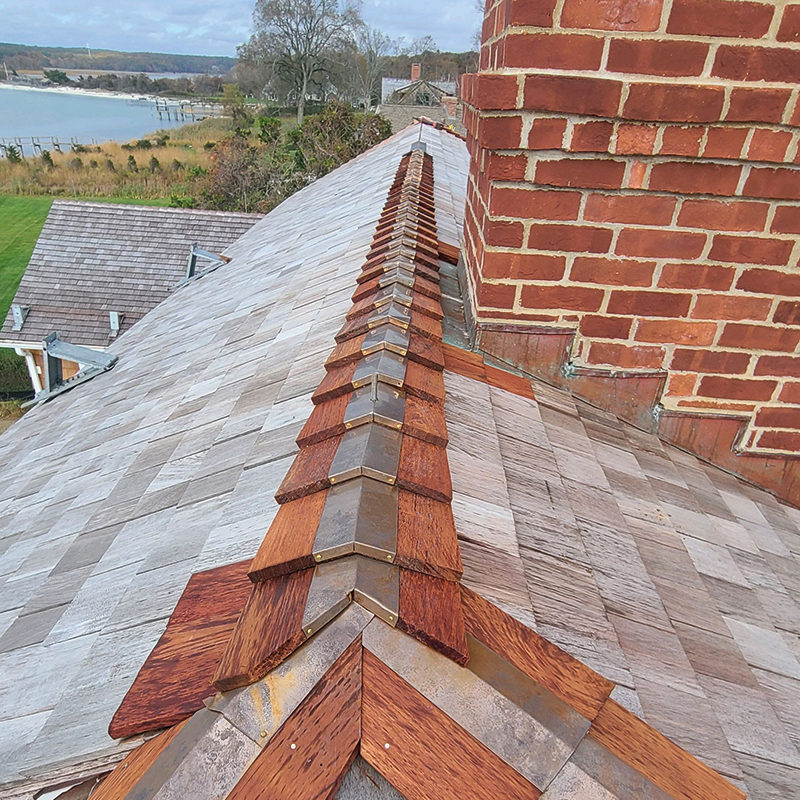 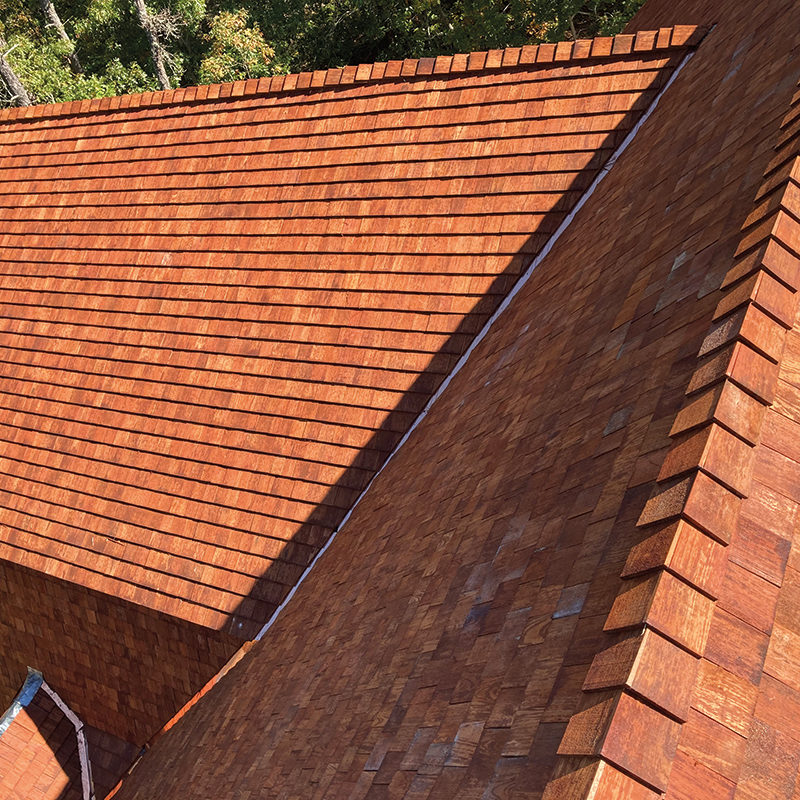 Glimmering in the Caribbean or southern US sunshine, a roof by Turada Hardwood Shingles scores high for looks, durability and eco-friendly forestry

Guests at the exclusive Amanyara resort in the Turks and Caicos Islands should be gazing at its swaying palm trees, shimmering blue swimming pools and pristine white beaches. More often than not, though, they are looking up, mesmerised, at the resort’s silvery rooftops. “A lot of people that have stayed there have become our customers,” says Calixto Orta, the Sales Manager at Turada Hardwood Shingles. Indeed, Amanyara’s pristine wooden roofs seem to cast a spell over its clientele. “They mention it all the time: ‘I saw your product in Amanyara.’”

Turada Hardwood Shingles can be found atop high-end homes, hotels and businesses all over the southern US and Caribbean. Their appearance isn’t the only source of their success, however. Made of wallaba, a tropical hardwood native to the forests of Guyana in South America, Turada begins its life as a red-coloured timber that fades to a silvery-white with age. Cut into shingles and shakes, it is naturally highly durable, can withstand heavy thunderstorms and category-five hurricane-force winds, and is also mold- and insect-resistant. Rich in a particularly gummy type of resin, it does not need to be chemically treated and is also resistant to fire.

“There is nothing on the market in real wood that meets the specifications, the quality, or the life expectancy,” says Calixto, lovingly describing wallaba wood. Its nearest competitor, western red cedar, doesn’t come close. “Buyers only get eight to 10 years out of it,” he says, adding that most shingles made from western red are usually cut from new-growth trees. Turada’s wallaba, however, is left to age before it’s run through the company’s Guyanese sawmills. (The offcuts, meanwhile, are donated to single mothers in the surrounding communities for converting into charcoal.) Additionally, Calixto confirms that the company’s lumberjacks only cut mature trees. “The fact that it doesn’t have to be replaced as often as cedar makes it even friendlier for the environment, because we’re cutting down fewer trees to cover the same amount of roof.”

Customers with wallaba shingles will also enjoy noticeable savings on their energy bills. “Our shingles keep your roof cooler, and therefore the rest of your house cooler,” says Calixto. Better than concrete, slate or asphalt, he adds, wallaba wood is “better at repelling heat than any other type of roofing material you can use”.

Turada Hardwood Shingles are also surprisingly easy for the average contractor to install. For one thing, they’re designed to the same building code as their western red cedar competitors. As such, says Calixto, there’s no difference in the way that they are assembled. All it takes is “two nails per shake, with the same space and the same building code obligations”.

It will take a little while for the shingles to gain the gentle silvery patina that travellers are used to seeing on the roofs of Amanyara and many other hotels and homes lining the Caribbean shore. Customers should rest assured, however, that installing them bestows a positive, long-lasting legacy for their property – one that, perhaps, might outlast their own stay. The innate durability of wallaba wood, after all, means that Turada offers a warranty of 25 years minimum on its shingles and shakes as standard. “We even have photographs of perfectly stable 40-year-old roofs made from our product.”