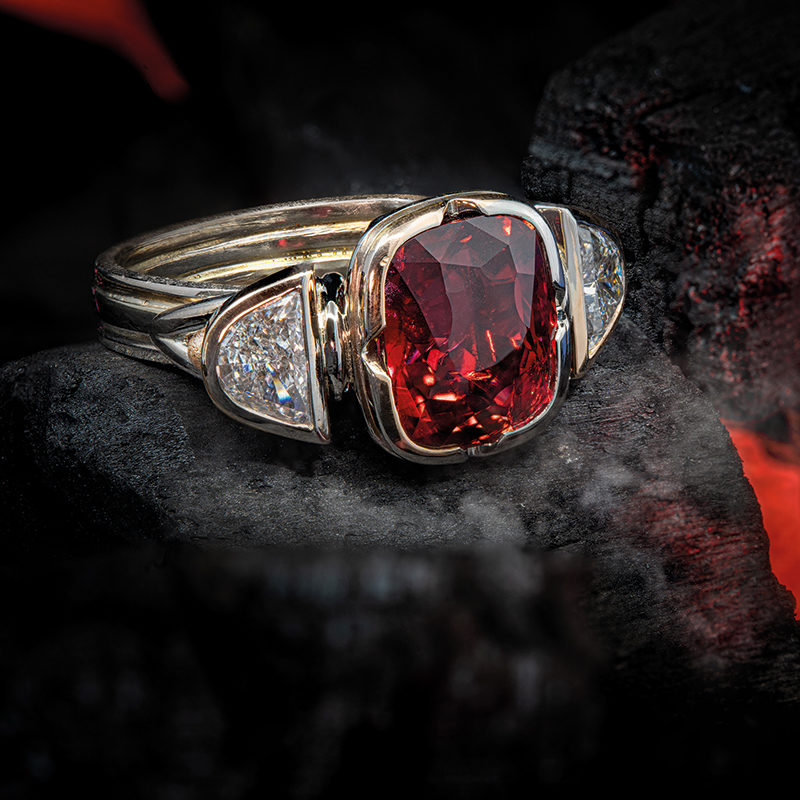 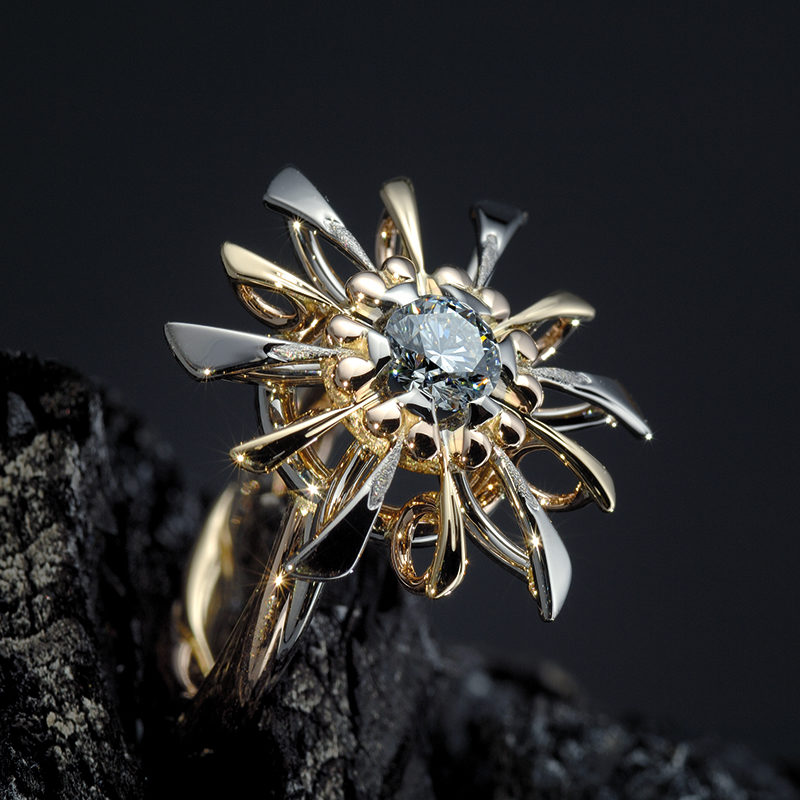 When Grégoire Maret’s father was studying the traditional craft of watchmaking at the Vallée de Joux technical school in the Swiss mountains, he might have been surprised to know that one day his son would study there too, but go down a very different career path: the cutting-edge of luxury jewellery.

That watchmaker’s knack for technical precision must have passed from father to son, but Grégoire has added a creative flair that is all his own, drawing on ancient and contemporary influences for his brand, Pierre d’Alexis, which he founded in 2018, after working independently since 1994 in his unique workshop. “The jewellery that I make stands on its own because it has its own story, its own raison d’être,” he says of his approach, where each piece involves a personal story, with a beginning and an end.

Talking about what inspired his creativity and craft when he first founded Pierre d’Alexis, Grégoire says, “It’s always been the technique behind the jewellery of the Celts, the Vikings, the ancients.” The dazzling treasures of ancient civilisations fascinated him, and he researched tribal, Egyptian and Viking art before turning to his roots in his native canton of Valais in Southern Switzerland, where he discovered the wealth of the region’s Celtic heritage.

Grégoire draws upon all these influences to bring a truly unique dimension to his jewellery. For example, the exquisite Excalibur pendant in three golds – yellow, red and white; opal; two diamonds and quartz from the Binn Valley in Upper Valais, blends Celtic iconography with a stone sourced from his homeland. Similarly, his Rose de Mine collection showcases a pretty pink Swiss gem whose delicacy belies its industrial roots. Discovered in the 1990s in the old coal mines of central Valais, this certified unique stone formed in the small streams that appeared after mining was abandoned in the early 1940s. Now, as a tribute to the miners whose labour allowed this mineral to develop naturally, Grégoire fashions the gem into beautiful pendants and earrings. Only he has access to the reserves, as the mine has since collapsed, which makes this another unique, exclusive element of his practice, and another proud nod to his Swiss heritage.

Grégoire’s work is proudly personal, too. He creates each Pierre d’Alexis piece “from A to Z” he says, working with clients at the initial design stage, then selecting all the elements, from stones to metals, and making it at his workbench. His unique, tailor-made creations, jewellery transformations and wedding rings all reflect his bespoke approach to his clients’ individual stories, such as the couple who met in the winter, for whom he created a pair of wedding bands that, when held side by side, create a snowflake.

Longevity trumps trends at Pierre d’Alexis, some of whose clients have worn the pieces every day for more than 25 years. “I want to know that they will really wear that jewellery, not just put it in a cupboard and forget about it,” says Grégoire. “I’m not a businessman, I’m an artist.” That spirit puts innovation at the core of his brand, ingeniously reflected in his Vine Stock Jewel Project, which features vine stems that are transformed into workable ingots perfectly suited to being cut into jewels.

“We’re really at the beginning of this story,” says Grégoire of his process, which fuses the ancient with the contemporary. It’s a sentiment that applies to his entire brand: unique, beautiful jewellery that draws on the past while looking confidently to the future.