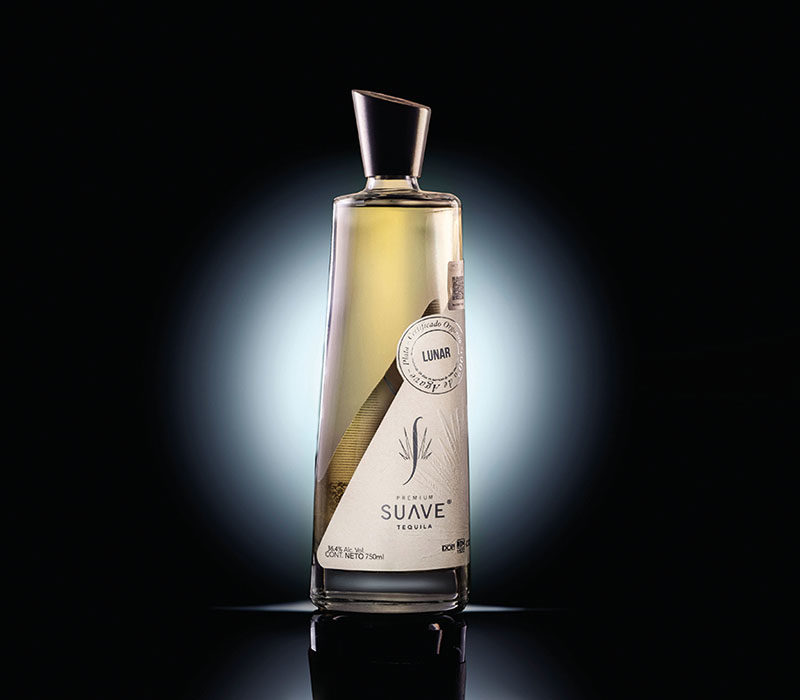 Suave Tequila’s vision does justice to tequila’s centuries of rich history. By blending time-honoured methods with new insights, this small-batch spirit is now revered around the world and will soon have a stand-alone distillery. “We’ll control every aspect, from the moment we plant the agave to the moment the tequila comes out of the stills,” says Sales Director Edgar Vitari.

Unlike most other brands, Suave Tequila has a strict policy of not using additives. “To enrich our liquid with as many flavours, aromas and colours as possible, we have to get creative,” says Edgar. “So we’ve started experimenting with different kinds of wood in the ageing barrels.”

The exclusive limited Ultra-Aged expression, rested in American oak barrels for six years, is a recent addition to the Suave Tequila range. “It’s amazing what a barrel can do to the liquid,” says Edgar. “You can smell at least ten different fruit – it’s impressive.” This new spirit is launching in the UK, demonstrating the nation’s heightened interest in authentic, artisanal tequila.

In another age-old practice, the distillery’s exceptional spirit is produced with the help of the moon. “We base all of our processes on the lunar cycle,” says Edgar. “We only harvest our agave when there’s a new moon.” It may sound mystical, but it is backed up by a sound theory – not to mention the results. “Similar to how the tide is high during a full moon, the piña, or heart, of the agave grows upwards because of gravitational pull,” he explains. “So we harvest at the opposite of a full moon because it concentrates more sugars on the piña.”

Similarly, the Suave Lunar expression is aged for a complete 28-day lunar cycle. “We age the Suave Lunar when it’s a full moon and take it out on the next full moon,” says Edgar. “It’s hard to prove, but it’s like faith: believing without being able to measure. It goes back to when my grandparents used to work in the cornfields; they didn’t plant the corn when there was a full moon as they said it wouldn’t grow. It makes you wonder about the effect it has on the soil itself.”

Of course, these decisions come at a price, but the goal of creating something special takes priority. “It’s a big investment in our distillery, our infrastructure and quality control,” says Edgar. “But it’s important. We consider money a side-effect of doing things the right way.”

Even the distillery is envisioned as a way to celebrate high-quality Mexican tequila and place it alongside Scotch whisky on the international stage. “Our hacienda with the agave fields is near a town called Tototlán, and we’d like to build a distillery there so people can explore the fields and visit us,” says Edgar. “We want to make it similar to a museum, a fully immersive experience in which people can learn about the process and the different qualities of tequila, with full transparency.”

Edgar and his team are also looking across the Atlantic to show European customers a different side to Mexico’s national drink. “Consumption in Europe is pretty low, but that can be solved by demonstrating that tequila can be a really high-quality drink,” he says.

These are big plans, but Edgar is refreshingly relaxed about the future. “I’m confident this entire project will be a huge success,” he says. “We like swimming against the current. This won’t be anything new.”