Product of the land 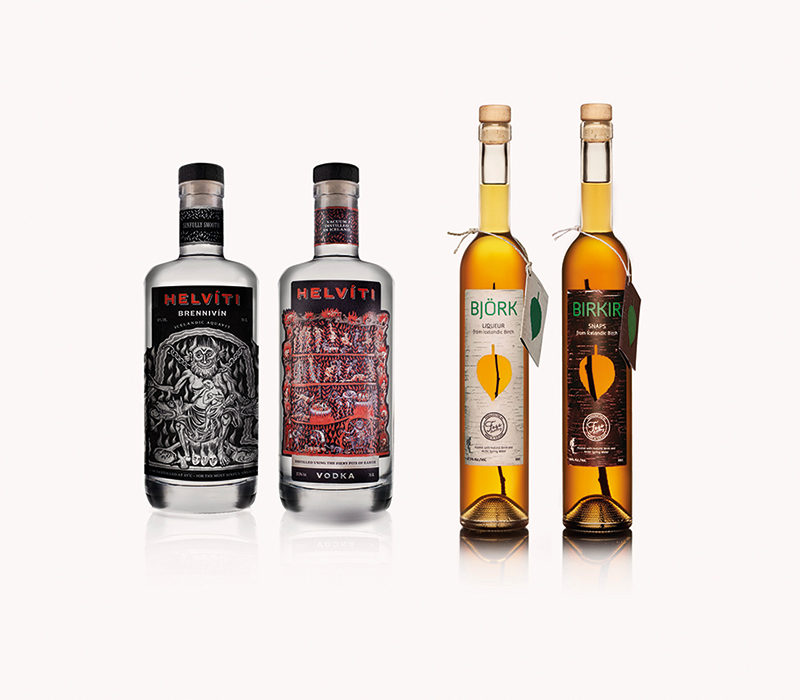 Foss Distillery is an innovative drinks business that uses native botanicals and locally sourced spring water to create a range of spirits unique to Iceland. “The goal was to create something that we could rightfully call an Icelandic drink,” says CEO Jakob Bjarnason.

Björk liqueur and Birkir schnapps are the two flagship products of the Reykjavík distillery, which opened in 2012. The drinks are infused with Icelandic birch, hand-picked at its most ripe during spring. “The birch tree emanates this amazing, unforgettable aroma, so we designed a process to refine the sap and extract the sweet woody flavour,” says Jakob, who was approached by two prominent restaurateurs with the idea of creating Þórsmörk, the Valley of Thor, in a bottle. “If you have been there right after summer rain, you will know the sensation we successfully captured in both drinks.”

Björk and Birkir are wildly popular worldwide, enjoyed on the rocks or as part of complex cocktails. “They also helped put birch sap on the map,” says Jakob. “Today, many Icelandic chefs use birch sap to sweeten dishes in their restaurants.”

Foss Distillery went on to produce its own take on vodka and a version of Iceland’s famous alcoholic drink, Brennivín – a type of aquavit traditionally paired with a piece of fermented shark. “The shark is often presented to visitors from abroad as a challenge; it’s an acquired taste,” says Jakob with a laugh. “Brennivín is the perfect follow-up to cut through the taste.” Renewable geothermal heat is used in the drinks’ production process, making use of the natural energy provided by the country’s volcanoes and hot springs. “We’re totally obsessed with how we make them,” says Jakob. “We distil both spirits under vacuum, meaning they boil at 45 degrees [centigrade] instead of around 90. This purifies the liquid differently, making the drinks a lot smoother.”

The company carries out all its manufacturing and packaging in-house, and even helps other small distilleries with production and bottling. Plus, the team are constantly working on intriguing new products. “We have a few hundred extracts from the Icelandic flora in our lab that we’re experimenting with,” says Jakob. “We’re also currently developing a dry gin, a chocolate liqueur, and coffee and cream liqueurs, too.”

Iceland finally has a portfolio of home-grown drinks, born from and utilising the breathtaking terrain in one of the world’s most scenic countries.