Nectar of the Aegean 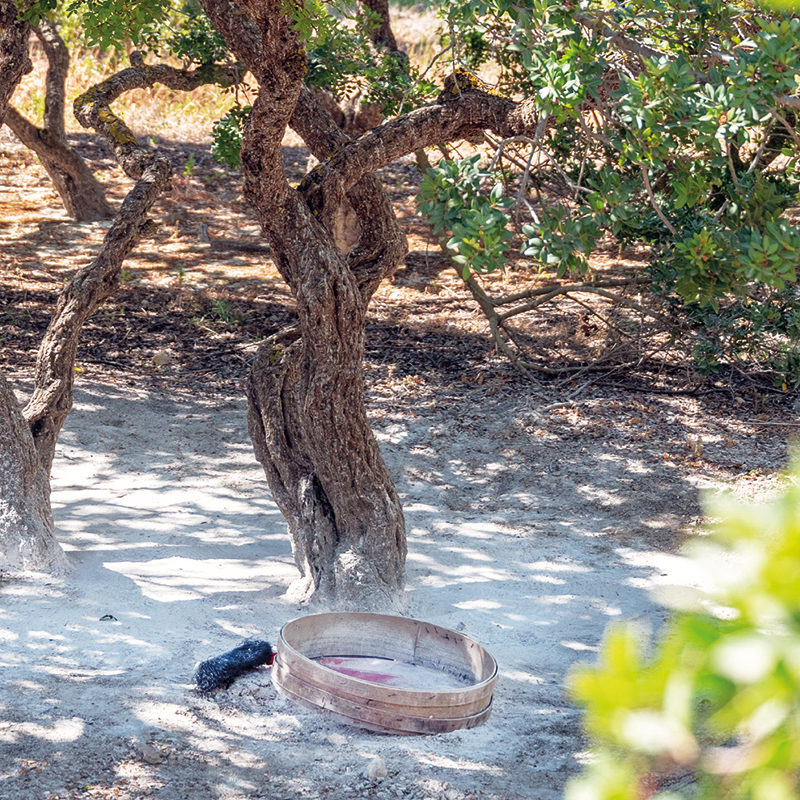 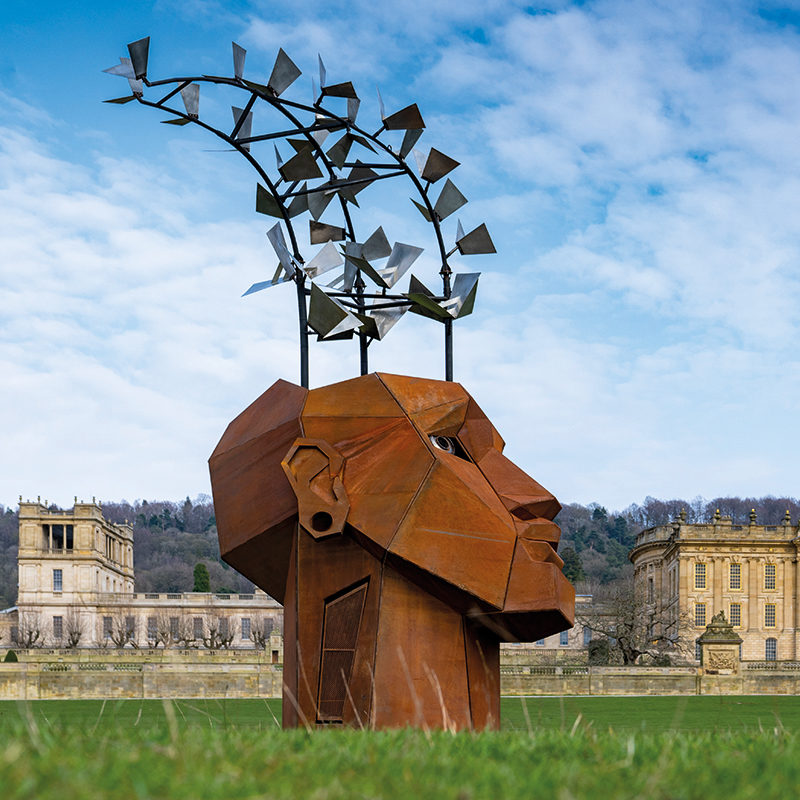 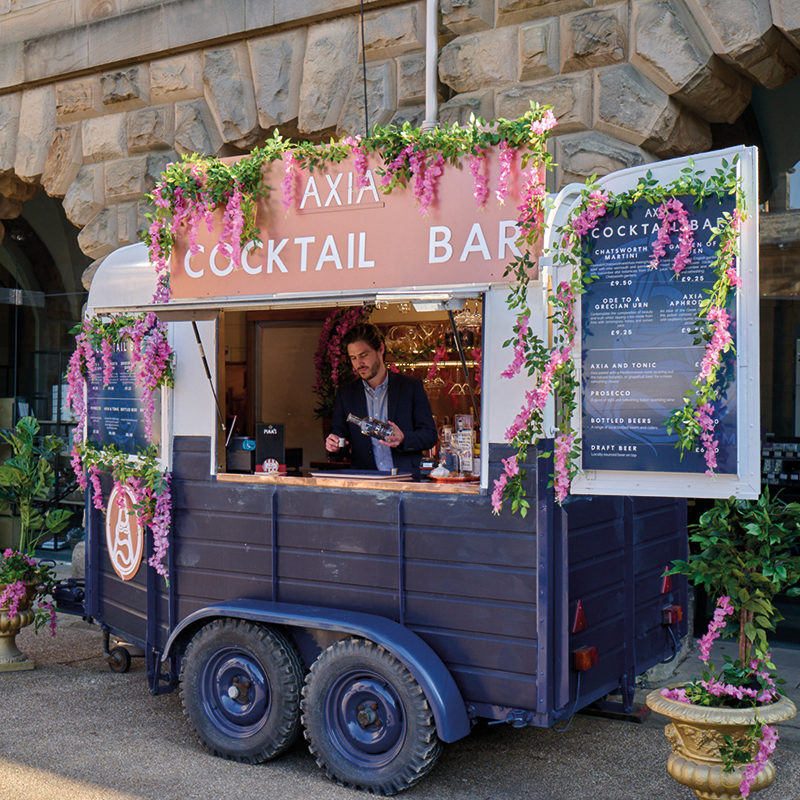 Using the sweet resin of the mastic tree, Axia Spirit has created a unique new spirit that is strong, dry and adaptable

At the edge of the Aegean Sea, on the southern slopes of the Greek island of Chios, is a unique forest. From each tree flows a curious substance. “It is more precious than gold,” says Tony Chvala, CEO of Axia Spirit. “The resin of the mastic tree has, historically, been used as an antidote to venom, as a digestive aid and for all manner of healing. This hasn’t changed for generations. Until now.”

Mastic trees have grown on Chios for thousands of years. Christopher Columbus was known to have lived there, during which time he became fascinated with the many uses of mastic.

“Columbus used the crystals as currency at one point,” says Tony. “Once an incision is made in the tree, the resin weeps out and forms these beautiful crystals. They are known as the ‘Tears of Chios’, and the resin is harvested between June and August. It is a sustainable process as the mastic tree produces for more than 70 years. Traditionally, the crystals were used as an ingredient in mastiha, a sweet liqueur for after dinner. This is where Axia saw an opportunity to create something new.”

It took three years for Axia’s founders to perfect the recipe. “Creating a spirit from scratch is like finding a new element,” says Tony. “It happens once in a millennium if you’re lucky. But we continued to experiment, bringing in a host of mixologists to advise us. We kept increasing the ABV – the alcohol by volume – and the mixologists told us to keep going. It started at 20 per cent ABV then rose to 40 till we had an extra-dry mastiha that goes with anything. That’s when the experts told us to stop. They couldn’t believe it. A new spirit and category had been discovered.”

The production methods for Axia are built upon experience. “It begins with the farmers on Chios,” says Tony. “Mastic can only be harvested there. The resin then takes the short ride by boat to the island of Lesvos. This is where Maroussa Tsachaki, the master distiller of Plomari, turns a unique ingredient into a remarkable spirit. It’s magic how she creates such rich tastes.”

The company was destined to produce something exceptional from the beginning. “Our founding members came together to share the knowledge of their distilling dynasties, representing a combined 250 years of experience,” says Tony.

“Along with this came an ambition to twist the rules. We only launched in 2021, but Axia is already in bars around the globe. We’ve created a new category in the night-time economy.”

This new spirit has sparked the imagination of a whole industry. “The word that surrounds Axia is curiosity,” says Tony. “Mixologists are curious to work with it, while revellers are curious to taste it. Then there’s the magic ingredient itself. The Tears of Chios have allowed us to revolutionise a once-stagnant market. It might just be the most curious discovery for our generation of drink creators.”

In 2022, Axia Spirit and the Chatsworth Estate, the famous stately home and gardens in Derbyshire, first came together for a series of events, including sponsorship of the Chatsworth International Horse Trials. “The history of Chatsworth House begins with Elizabeth Talbot, Countess of Shrewsbury,” says Tony. “In 1552, she built the first house on the site; since then, it has been an integral part of English history. The seat of the Duke of Devonshire, it has been in the Cavendish family for nearly 500 years.”

The drink is served in the estate’s restaurants, and there is even a mobile cocktail van on site. And so that visitors can taste something unique, Axia has designed four new cocktails, utilising some of the different plant species that grow in the historic Chatsworth Garden. “Our mixologists have created brand new drinks, mixing Axia with herbs and botanicals, such as Imperial lemons, lemongrass and the Dwarf Cavendish banana,” explains Tony.

Alongside the horse trials, Axia has been part of the 2022 Radical Horizons: The Art of Burning Man large-scale sculpture exhibition, held in the parkland. “Eight sculptures have been transplanted from the Nevada Desert to Chatsworth for a season of programmes,” says Tony.

“When I met the 12th Duke,” he adds, “I had to ask him how he ended up bringing together something as classic as the Chatsworth Estate with such a progressive programme as Burning Man. Straight away, we realised how it was in line with Axia: two entities that have a depth of history and have innovated without fear.”

Innovation, alongside attention to detail, is always at the forefront of Axia’s thinking. “At every turn there are surprises,” says Tony. “Take the bottle – the neck is longer so it pours better. Everything has been considered. By the time Axia reaches your glass, a whole world of knowledge has gone into the spirit.”

Furthermore, with those at Axia having put so much of their hearts and souls into creating something unique, the company has received an array of awards, for example winning Gold at the 2022 International Wine & Spirit Competition, and Gold at the 2022 San Francisco International Wine & Spirit Competition. In addition, Axia was selected as one of the most innovative spirit launches of 2021 by The Spirits Business, and it won Double Gold at the TAG Global Spirits Awards – all of which “felt like vindication for the risks we have taken to create a completely original product,” says Tony.

“It was time to bring this delicacy to a global stage,” he adds. “Axia is on the menu and it’s here to stay.”