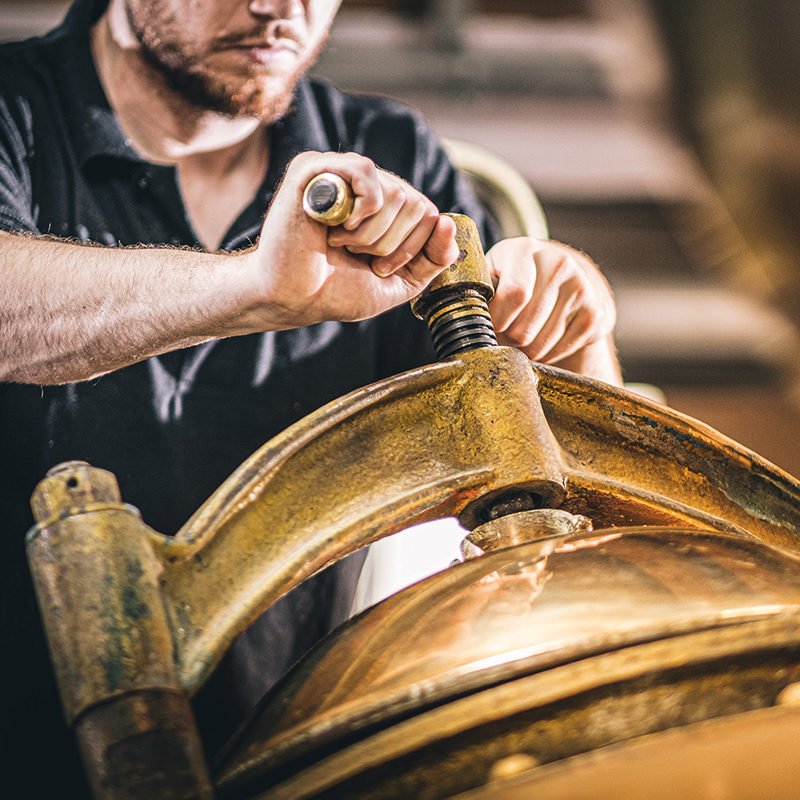 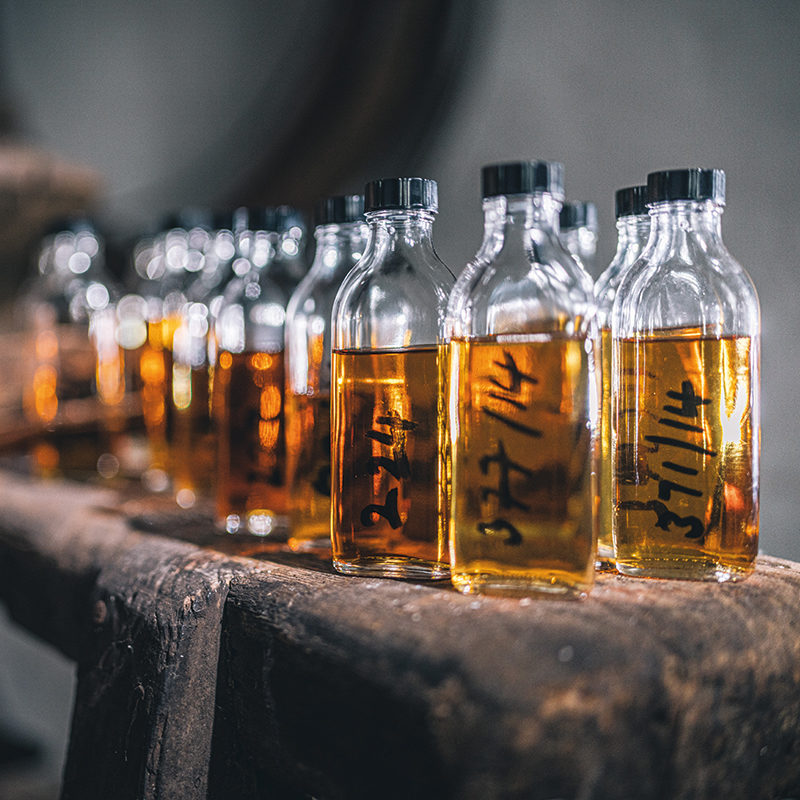 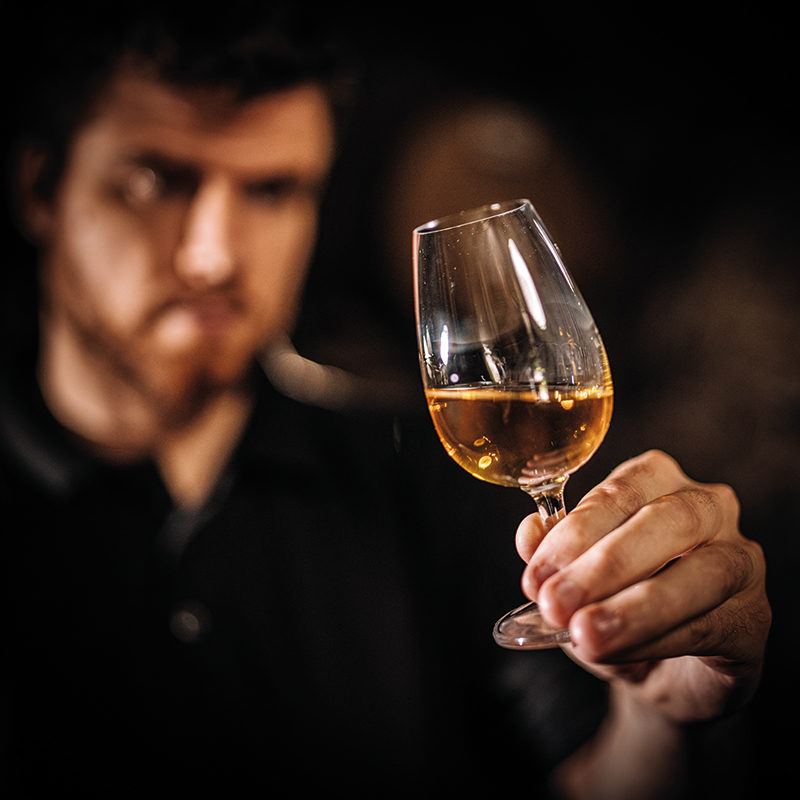 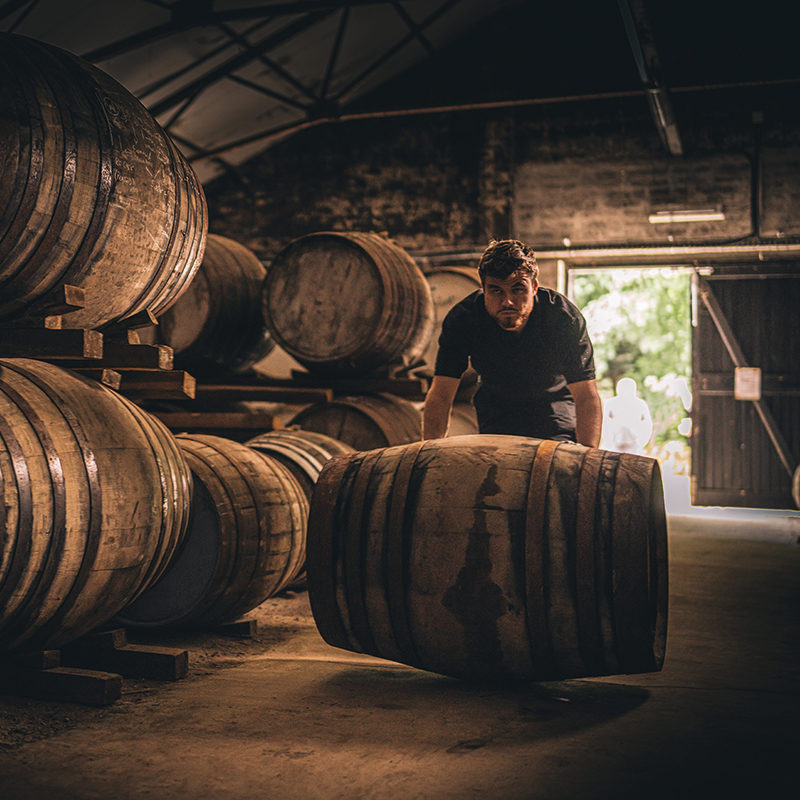 Nobody can be sure quite how long The Glenturret has been producing fine whisky. Deep in the archives of the Barony of Ochtertyre, a rental document from 1763 makes reference to one Thurot distillery, the earliest known name for The Glenturret. The document states that the distillery had been “for several years not changed”, so it can be assumed that the distillery predates 1763. To this day, the owners retain a firm belief in the old ways of doing things.

“We use a 120-year-old mill to grind the barley,” says Managing Director John Laurie. “There is no automation at the distillery: we mash the tun by hand, we extract the sugar from the barley by rousing by hand and we cut the spirit by eye. Our handcrafting is similar to those Swiss watchmakers who make every single timepiece themselves. We only produce around 200,000 litres of spirit each year and we take our own time over it – we believe that great whisky is about patience, not about shortcuts.”

The proof is in the tasting. The Glenturret is a smooth and floral whisky – there is complexity but the floral notes are very characteristic. That is partly a result of the long 72-hour fermenting process. “We boil very slowly so there is a lot of copper interaction in those copper stills to smooth it out,” says John. “We also currently use a wide range of the finest casks, including ex-bourbon, ex-sherry and ex-wine casks. In maturing we allow our casks to sleep in traditional warehousing, giving it the beautiful colour and aromas.”

The Glenturret’s home is Crieff in Perthshire, a leafy part of central Scotland sitting at the start of the Highlands, only 90 minutes from both Glasgow and Edinburgh. The region has a rich tradition of illicit stilling and it’s known that Bonnie Prince Charlie stopped in the town on his way to Culloden, perhaps having a dram from the very distillery that would later become The Glenturret.

It’s the tradition and quality of the distillery that attracted the attention of Swiss entrepreneur Silvio Denz, who owns Lalique and acquired 50 per cent of The Glenturret in 2019. Silvio is attracted to companies with history and heritage: Lalique is one of the world’s great manufacturers of glassware, while his Bordeaux vineyard has vines dating back to the 1500s.

“The Glenturret is rich in history and heritage and has great significance for Perthshire,” says Silvio. “Generations of local craftsmen have passed on the baton to create excellent whisky and, to this day, the majority of staff come from the surrounding area. The Glenturret and Lalique have shared brand values and the same standards of excellence. We feel The Glenturret is a hidden gem and thought it is time to tell the world.”

Silvio Denz’s investment has allowed The Glenturret to invest in a new restaurant and wine-tasting room, and the company is also repacking the whisky with a new bottle designed by Lalique. There will be six products – a non-aged, a ten-year-old peat-smoked, a 12-year-old, a 15-year-old, a 25-year-old and a 30-year-old. Some of these will be produced in strictly limited quantities, so there will be just 200 bottles of the 25-year-old each year.

“The team at The Glenturret have already worked hard on the brand’s new premium look and expressions, and we are building a world-class Lalique restaurant and boutique,” says Silvio. “Future investment is likely to be focused on warehousing capacity and efficiencies of production whilst preserving the traditional techniques that have been used. What will be key to us is that we expand in a manner that allows us to protect the core company culture and values.”