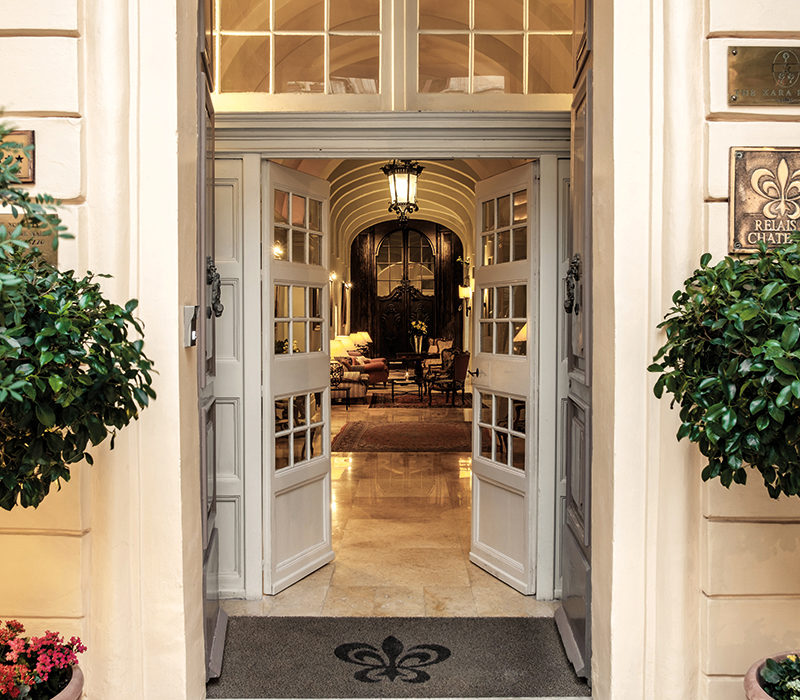 Tucked away within the walled medieval city of Mdina, the charming boutique hotel The Xara Palace Relais & Chateaux makes for a memorable stay in culture-rich Malta

The Xara Palace is often described as an oasis. Elegant, upscale and secluded, the 17-room boutique hotel is a 17th-century, beautifully restored palazzo within the walls of The Silent City of Mdina, the old capital city of Malta. This fascinating island is where Queen Elizabeth II spent two happy years before her Coronation, living a carefree existence while Prince Philip worked as a naval officer. The royal couple returned for their Diamond anniversary. Years later, Prince Charles and the Duchess of Cornwall stayed at the illustrious Xara Palace, too.

“The Xara Palace was the first boutique hotel on the island. Some of our rooms form part of the walls of the medieval city and have breathtaking views of the Maltese countryside,” says Nicola Paris, the hotel’s Director. “We offer luxury in a relaxed, elegant way and welcome our guests like we would in our home. We focus not only on promoting our Maltese heritage and culture, but also the gastronomy, thanks to de Mondion, our one star Michelin-rated restaurant. We also like to create special experiences for our guests – the simplest things can be the most memorable, such as a glass of champagne on the terrace at sunset or taking a horse-drawn carriage around the old city.”

Maltese culture is a tapestry of the different societies that came to the island throughout its colourful past. Everybody speaks English as the country was a long-time British colony, and as it was at the centre of Mediterranean trade between the East and West, European and Arabic influences combine in both the history and cuisine.

Consistently rated among the top restaurants in Malta for its soul-nourishing cuisine, refinement and excellence, the hotel’s de Mondion allows patrons the time to savour the food and the view. In addition to the à la carte menu, it offers a five-course tasting menu for fine dining using sustainable produce, while each course can be paired with a selection of locally produced wine. For more informal dining, Trattoria AD 1530 offers a typical local menu in an idyllic al fresco setting in the piazza in front of the hotel.

The Xara Palace was built as a home for the noble Moscato Parisio family and has a rich history. Previous occupants have included Ms Mabel Strickland, the founder of the island’s newspaper Times of Malta, and members of the Royal Air Force, housed here during the Second World War. It is part of Relais & Châteaux, an association of privately owned boutique hotels around the world that place the experiences of calmness, cuisine, courtesy and character at its core. The recently refurbished rooms and suites take the property to another level. Decorated with imagination and style, using luxurious materials sourced locally, each one is unique.

Excursions can be arranged to see Malta’s rich, historic sites, from temples dating back to 5000 BC and Roman ruins to cathedrals and palazzos. There are also beautiful beaches and the neighbouring island of Gozo to explore. Malta has all the benefits of a city-break destination, with visitors able to combine archaeological tours, swimming and fine dining within a single day. It is also a year-round destination, perfect for those desiring a dose of vitamin D in the winter.

“The Maltese are welcoming and hospitable,” says Nicola. “We are family orientated and love social gatherings. Only three hours from the UK, we are well connected and the island has so much culture and history to offer.”