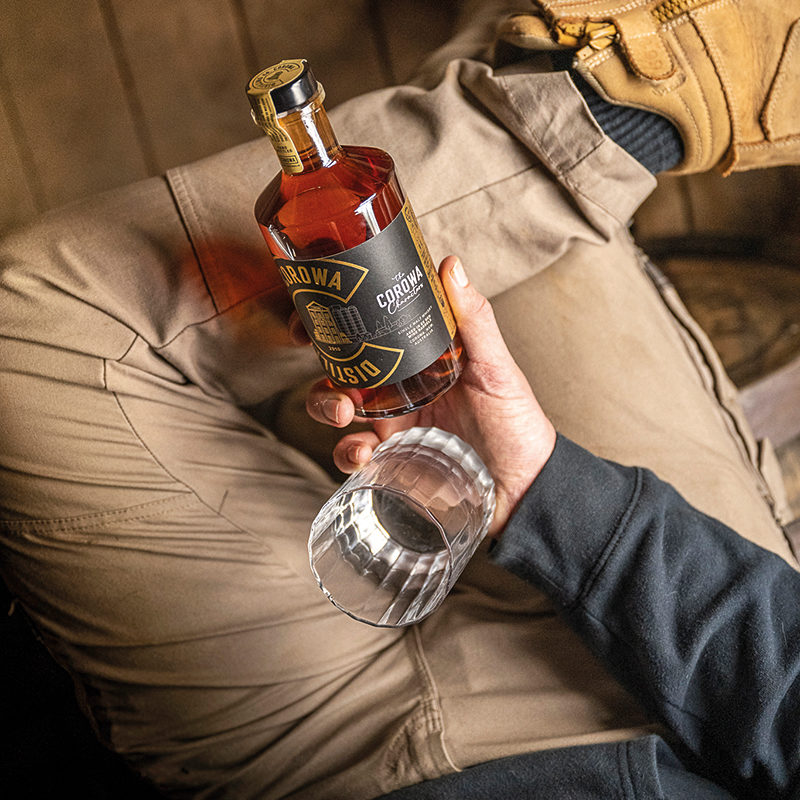 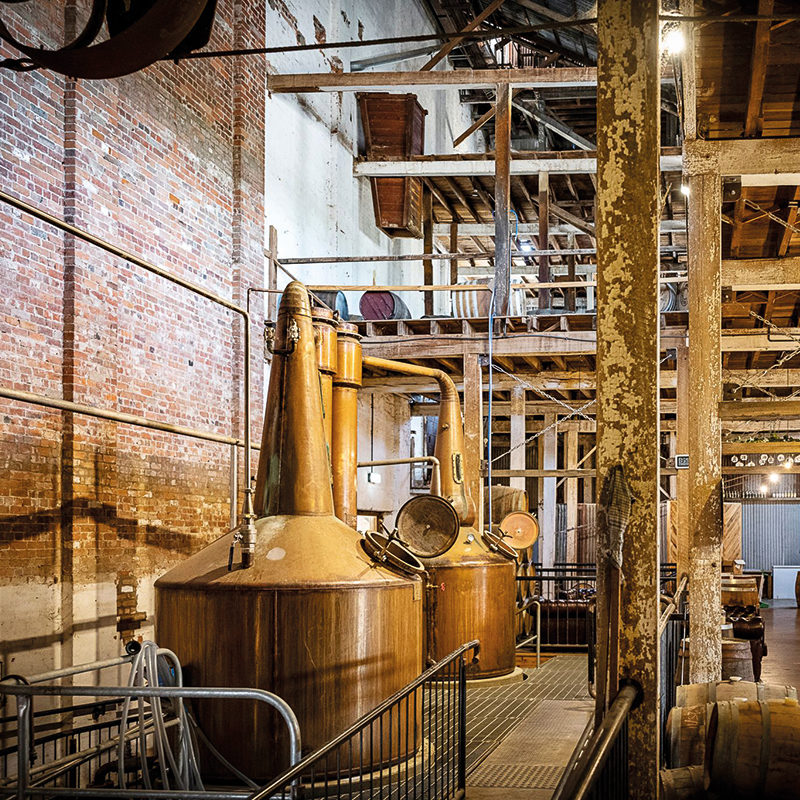 “When the opportunity came up to buy Corowa Flour Mill for a dollar, it was too good to miss,” says Dean Druce, Managing Director of Corowa Distilling Co. “It would surprise you how much a flour mill and a whisky distillery have in common.”

Dean and his family have been innovators in the food and beverage industry for generations. “My grandfather became the first organic farmer in the Southern Hemisphere,” he explains. “This was in 1962 – we were very much the weirdos of the farming world. My grandfather realised early on that to provide nutritious food you had to go back to a non-chemical way of doing things. That’s when he opened his own flour mill.”

When the flour mill eventually broke down, it heralded a new beginning. “It’s great to own a mill and people need it,” says Dean, “but it isn’t exactly sexy. It isn’t something you tell people about at a dinner party. Instead, we found a liquorice factory for sale in Junee [New South Wales] – liquorice is 50 per cent flour. That started the ball rolling.”

Something was still not quite right. “Unfortunately no one in our family ate liquorice,” says Dean. “So we had to buy a chocolate factory as well. Once we had coated the liquorice in chocolate, suddenly everyone liked what we were doing. From there things took off.”

Dean next saw an opportunity when the historic Corowa Flour Mill came up for sale. “It took about six years to renovate,” he says. “It had closed down in the Seventies and needed a lot of work. Especially since this time it was going to make whisky.”

Education was needed if the team were going to distil something worthwhile. “We had learnt how to make whisky in the mountains of Tasmania with Bill Lark, one of the best whisky makers in Australia,” says Dean. “Then we visited Kilchoman distillery on the Scottish island of Islay. We spent three months out there with the late John MacLellan. He was a true legend in the whisky world – he even inspired us to make our own stills. That Scottish trip solidified where we wanted to go.”

This passion has seen Corowa Distilling Co continue to evolve. “We’re hands-on people,” says Dean. “From malting our own barley to borrowing a few litres of water from the Murray River, every part of the process is a chance to improve upon the spirit. We’re even setting up our own cooperage [barrel-maker] – that’s how important it is to be in control. Wherever we can, it’s important to add our own twist.”

Dean identified early on that creating a range of whiskies that retain their flavour profile is key to growing the business. “Our core of six drams is at the heart of what we do,” he says. “From the smooth ‘Corowa Characters’ to the rich ‘Mad Dog Morgan’, we want our customers to be able to buy their favourites time and again. We also release a few unique bottles each year – sometimes you’ve got to throw caution to the wind.”

A decade after purchasing Corowa Flour Mill, the team is as passionate as ever. “There’s a whisky out there for everyone,” says Dean. “But those three ingredients – water, grain and yeast – can be tricky. One person’s favourite dram is another person’s dishwater. That’s just how it is. Creating those special whiskies with the power to unite is the path we’re on.”