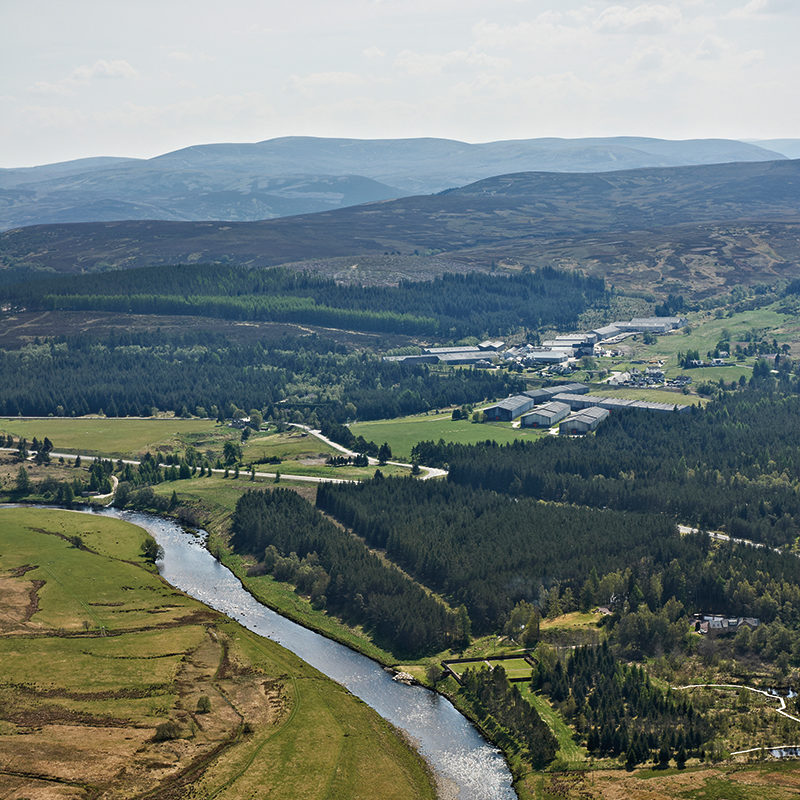 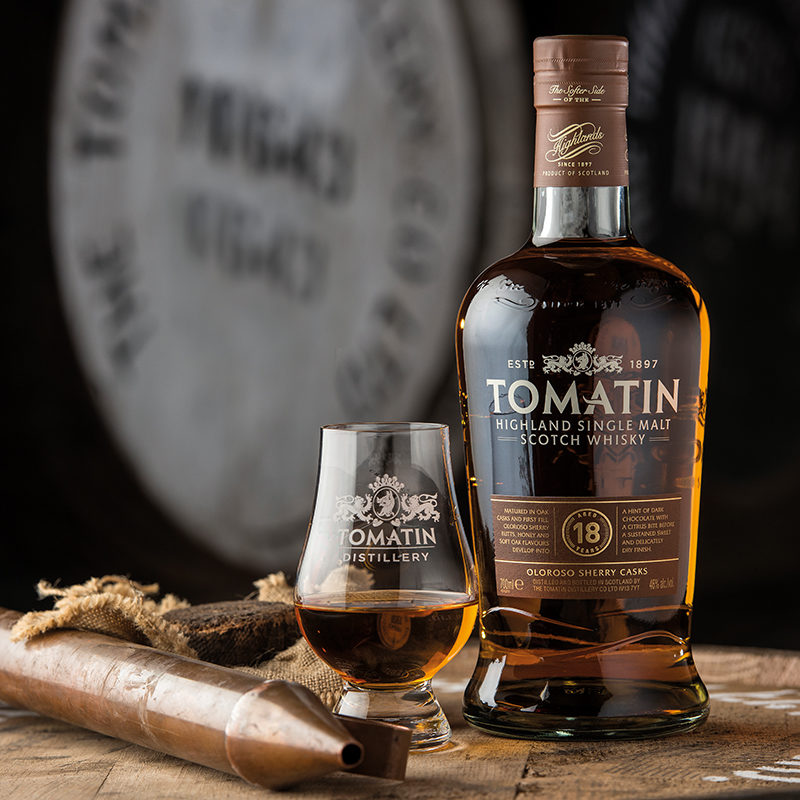 To get to the distillery of Tomatin, around 15 miles south-east of Inverness in the Scottish Highlands, you drive through a small village that first sprang up in 1897, the same year the distillery was opened. This local community was built specifically to house the distillery workers. Even today, 125 years later, many of the distillery staff live in houses on the distillery site, some having been raised by parents who also worked and lived at the distillery. These warm bonds of loyalty, experience and dedication – alongside the geography of the local area – help create those qualities that distinguish Tomatin from other Scottish distilleries.

“That is engrained in what we do,” says Jennifer Masson, Head of Brand at Tomatin. “We are shaped by the landscape and the way we live here. There are several generations of family who work at the distillery; so, for instance, our cooper who maintains our oak casks was brought up in a distillery house, and his father still works in the warehouse and his mother in the office. It’s a complete way of life for many people.”

Tomatin has developed into one of Scotland’s finest premium whisky brands with a rich portfolio of single malts. This includes affordable luxuries such as the Tomatin Legacy and 12-year-old single malts, all the way up to limited-edition 50-year-old single malts and special editions such as the esteemed Warehouse 6 Collection featuring single malts from the 1970s, each accompanied by an exquisite hand-blown Glencairn Crystal decanter, two glasses and a solid-copper stopper. There is a wealth of such aged amber gold in the Tomatin warehouses, stored on antique wooden rails above cool earthen floors. In the 1970s, the distillery was the largest in Scotland, producing 23 million litres of whisky every year, much of which was sold to other whisky producers for blending. That huge, historic production means Tomatin now has an unparalleled stock of exceptional whisky in reserve, still ageing and acquiring additional complexity, taste and value. Such casks are sometimes available to individual clients or retailers, who can bottle them as gifts or exclusive editions.

One reason Tomatin whisky was in such great demand as a blend in the 1970s was its unique taste, which is softer and warmer than a traditional Highland single malt while retaining many of the complexities of the region. “Tomatin is known as being light, soft and fruity,” says Jennifer. “We like to describe it as the softer side of the Highlands, because Highland single malts have a reputation for being quite rugged and robust. It is more comparable to a Speyside single malt; lighter and a little more easy-going, but still with great complex flavours. It’s a very versatile single malt.”

That versatility comes from the naturally soft water of the Alt-na-Frith Burn, which is then combined with tender Scottish barley in tall, slim copper stills. Although the distillery was officially founded in 1897, whisky has been made here for centuries – with some unofficial sources going back to the 15th century. There is even the remains of an illicit still on the site of the Old Laird’s House, pointing to the long history of distilling at this location. All of this rich history now goes into every bottle of Tomatin. “This year we celebrate our 125th anniversary, and with that sort of legacy we are aware that we are only the current custodians of a truly historic company,” says Jennifer. “It’s our role to make sure it remains sustainable for future generations.”