Fun of the fizz 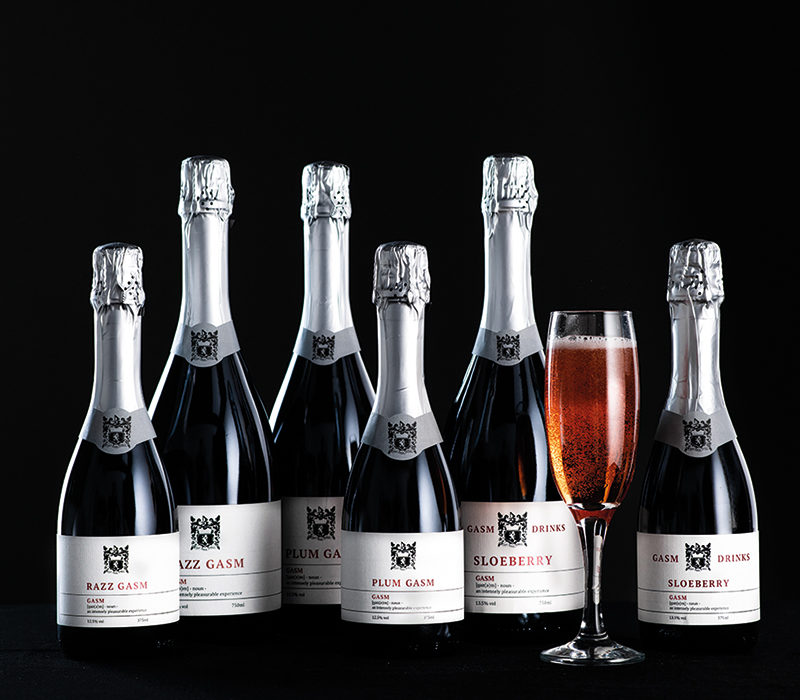 Taking the countryside tradition of the sloe gin and champagne cocktail, Gasm has perfected ready-mixed bottles to be enjoyed everywhere

Sports-loving members of the UK’s countryside communities have long believed that the ideal way to wind down after a day of bracing activity is to open the hamper in the back of the Land Rover and mix a cocktail of sloe gin and champagne. One night, at his home in rural Montgomeryshire, Richard Davies had an epiphany. Dwelling on the half bottles of gin and champagne he and his wife had left over from such picnics, he thought, “Surely, we can bottle this ourselves?”

“It was Richard’s obsession,” recalls his wife Sam. “It was the only point of conversation we had after that.” And so Gasm was born, following two years of research and sommelier-assisted tasting to find the ideal gin-and-fizz cocktail – neither too sweet or acidic, nor too strong or weak, but calculated to strive for what Sam describes as “that Meg Ryan moment” in the drinker. “Those who knew the original drink were a small minority of the population,” says Richard. “We wanted to change that.” Satisfied they had found the right combination, Richard and Sam launched Gasm in summer 2019.

Combining fizz from the Veneto with sloe gin, Gasm drinks include the original version, plus variants containing plum and raspberry. Although it is the product of gracious rural living and decades of local expertise, Richard and Sam are keen to show how the drink may also be enjoyed by urban dwellers, be it at a picnic in the park in the summer, cosy at home in the winter or as a gifting option. “We want everyone to get to know it,” says Sam. Consequently, the two are on a mission to ensure everyone can sample Gasm’s drinks, with their unique punch, fizz and refreshing glow. “We’ve had lots of feedback already,” says Richard. “We’ve had orders from all corners of the country on the strength of word of mouth. From tasting to buying, we have a great score record.”

Gasm hopes to further “evolve organically” and to bring all aspects of the operation in-house, including their own bottling plant, to preserve the integrity of their drinks. “We had no previous experience of the drinks industry, so it’s been a learning curve,” says Richard, “but a very enjoyable one.”