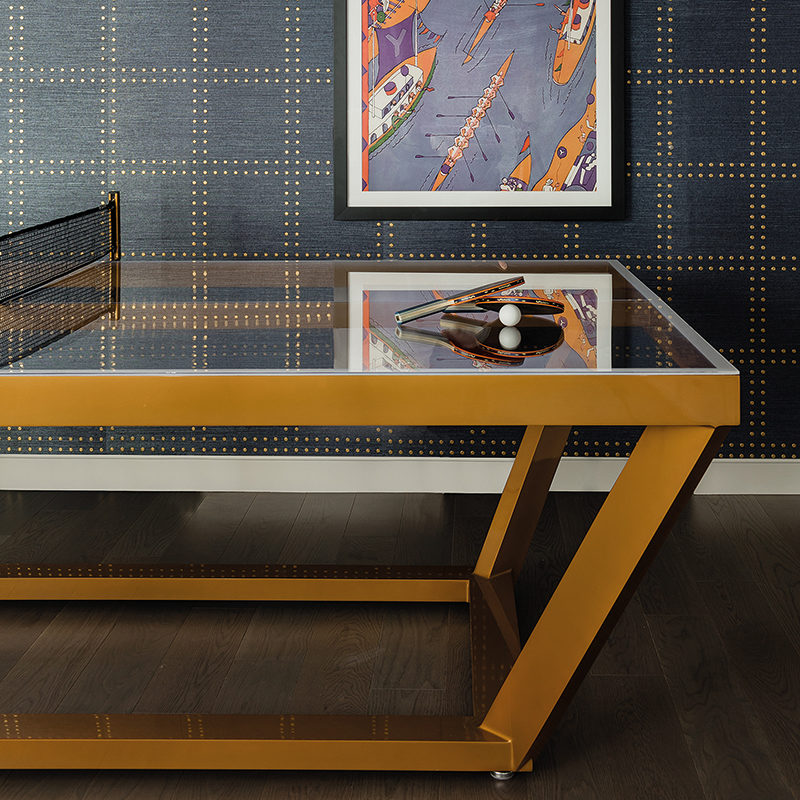 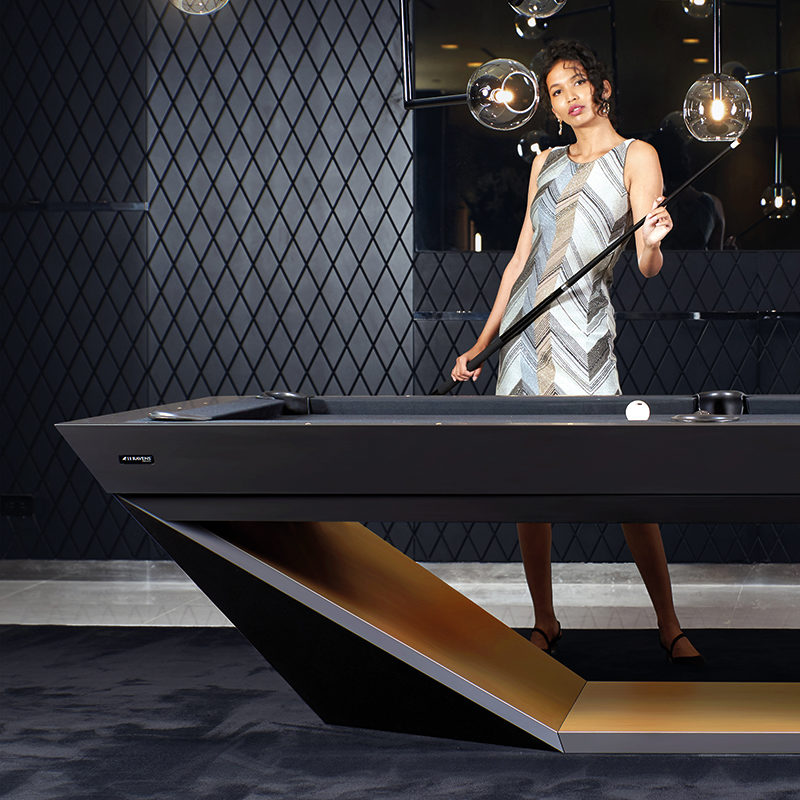 There are no smoky bar, green-baize snooker tables at 11 Ravens, LA’s bespoke games-table maker, whose sleek designs crown many an interior

“Our founders Michael Zaretsky and Bernard Semerdjian first met over a ping-pong table,” says Sea Zeda, Director of Brand Development at 11 Ravens. “Michael is a former professional player and coach, and Bernard is an award-winning designer. They bonded over their love of the game and beautiful design.”

From its base in Los Angeles, 11 Ravens designs and manufactures custom games tables. “Everything is tailored to the client,” says Sea. “We offer table tennis, billiards, blackjack, poker, foosball, and any other entertainment games tables. We also create furniture for luxurious spaces. Our goal is to match a product to each client’s personality.”

Michael discovered the life-changing power of sport as a child. “He grew up in Belarus, which was part of the Soviet Union at the time,” says Sea. “Table tennis was something he could escape into. Being a professional competitor gave him the opportunity to see the world.”

After the dissolution of the Soviet Union, Michael moved to the US. “He retired from playing but a love for the game remained,” says Sea. Inspired by his friendship with the late art collector and philanthropist Sir Arthur Gilbert, he opened the Gilbert Table Tennis Centre in Los Angeles, which has brought people together ever since – “from professionals to kids to celebrities”.

It was a meeting with a local celebrity that inspired 11 Ravens’ initial project. “Andrew Garfield would come in to the centre to play table tennis while he was filming The Amazing Spider-Man movies,” says Sea. “Bernard and Michael had always loved Spiderman so the first table was designed on that theme. It was even signed by the comic’s original creator, Stan Lee.”

The table was then auctioned for charity. “It raised funds for the Sport and Art Educational Foundation, which was founded by Michael to help people with early-onset Alzheimer’s and dementia. Several studies have shown that table tennis can help with brain plasticity, which is why the psychiatrist Dr Daniel Amen calls it ‘the world’s best brain sport’,” says Sea.

After the auction, Michael and Bernard realised there was an incredible demand for bespoke games tables. “Not just a table to play with, but something desirable,” says Sea. Bernard is the chief designer, who takes inspiration from architecture and nature. “In their innovative cantilever Sonami Table, there are abstract references to the artist Katsushika Hokusai and the sculptor Richard Serra.”

It takes a skilled workforce of artisans and professionals to realise each project. “We have a team of engineers at work,” says Sea. “It’s important we can fulfil anything our clients require. Some of our tables are designed with a cantilever base – when you take into consideration that we use a three-piece, Brazilian-slate playing surface on our billiard tables, these are tremendously heavy objects. The effect is mesmerising – the table seems to float.”

No idea is too grand, and some of 11 Ravens’ most inspired designs have been commissions. “We created a bespoke table for Rolls-Royce, made from 14-carat gold, black Lucite and precious crystals,” says Sea. “Based on our Stealth model, it could be used for billiards, table tennis and dining, with a level of beauty that would suit any home.”

There is nothing more important than being able to grant a customer’s wish. “People come to us because their design is specific to them,” says Sea. “We’ve grown from a furniture maker into a lifestyle brand. Making tables functional and beautiful is what drives us; sport meets art.”