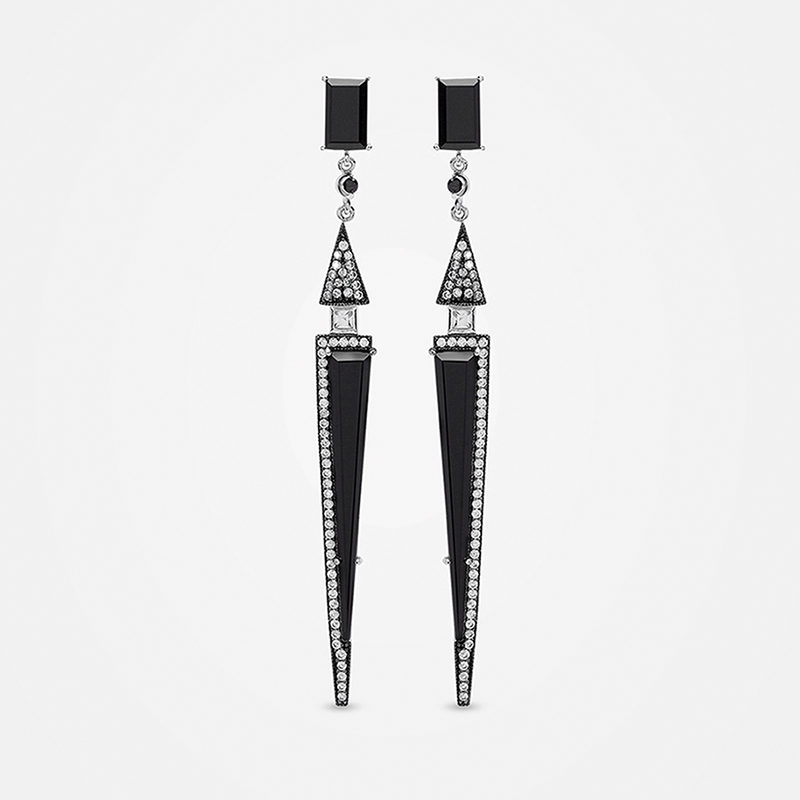 Sally Skoufis remembers how, from a young age, nature captured her imagination. “Growing up in Australia, I was fascinated by the surrounding nature,” she says. “In those moments of stillness and awe, my reverence for natural beauty was always at the centre of my imagination. It’s that centre of myself that I revert to when I create.”

Sally went on to study arts and commerce at degree level, and made and sold jewellery alongside her studies. Her talent was spotted and encouraged by fine jewellers, but before she launched her own eponymous collection, she spent a year on research and development, as “what I wanted to create didn’t exist at the time”.

It was time well spent. Her contemporary and unconventional creations have since featured on the catwalks of New York and Paris, worn by celebrities such as Naomi Campbell, Rihanna and Kelly Rowland, and showcased in the likes of Vanity Fair, Vogue and Elle.

Despite her brand’s rise to prominence, her values remain the same. Sally explores her craft with an opportunity to create change, and the hope of aligning conscious consumer values in the process. Her price points reflect a new eco-system of consumption based on egalitarian values. She works to continually refine her creative processes, sourcing materials and stones not traditionally revered, and conceiving design that uses the material as its inspiration. Authenticity and transparency are essential to Sally. So, while all her pieces are set in sterling silver or 18-carat gold, she also works with sustainably sourced materials such as recycled aluminium and manmade stones.

The designs play with ideas of light and dark, and the balance between the two. Black diamonds, rather than flawless diamonds, are a signature stone in her pieces. Indeed, diamonds that would be considered flawed by the luxury market often feature, paying homage to luxury while rebelling against its conventions.

Sally believes that women can draw strength from the difference their purchase power makes to the environment. “I work to illuminate the natural beauty of precious and semi-precious stones, but also that of manmade materials,” she says. “It is an invitation for women to explore their own sense of self through the expression of their style choices. Any decision that they make has impact, so let it be a positive one.”

The SALLY SKOUFIS atelier is based in Sydney, Australia, and the jewellery is available around the world through specialist consultants. A bricks-and-mortar store in London is in the works, with further sites planned in New York and Singapore.

The company has, in Sally’s words, “a deep ethos of sustainability”, blending old and new, using traditional skills with a disruptive modernity. Part of its profits are donated to organisations that work to undo the damage of irresponsible mining, and to selected preservation causes. As Sally explains, our perception of diamonds has changed over time, with the consumer now enabled with choice to celebrate the beauty in stones, beyond the traditionally mined white diamond.

Ultimately, Sally wants her jewellery to reflect the love for the natural world that first sparked her imagination years ago, and for her clients to discover their own inspiration in her work. “I want anyone who wears my jewellery to understand the love, the meticulous detailing and craftsmanship that goes into each piece. Jewellery can make you feel empowered. It’s a very personal experience.”