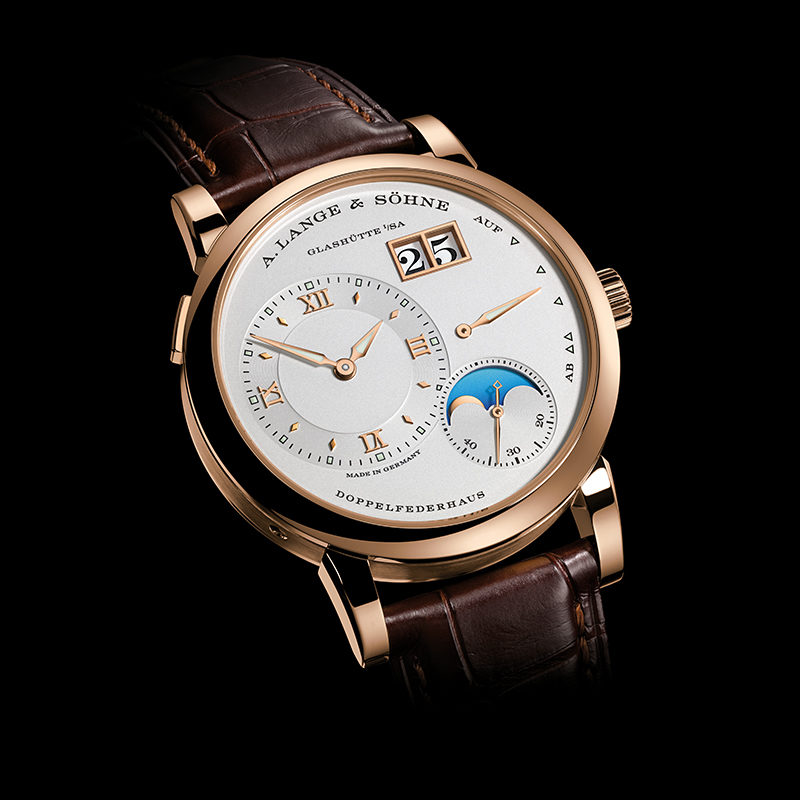 German watchmaker A. Lange & Söhne has been creating understated timepieces of exceptional sophistication and clarity since 1845

Much like a classic car, a great watch can subtly represent elegance, sophistication and taste. One way of doing this is by producing a discreet but stylish exterior with a window that enables you to see the internal mechanical workings, which can be as beautiful and complex as anything created by man. The German company A. Lange & Söhne has been producing high-end watches in this manner this since 1845, perfecting the art of an appearance that values clarity and simplicity over show and ostentation.

“People who know our watches are like members of an exclusive club,” says Wilhelm Schmid, CEO of A. Lange & Söhne. “From the outside, these watches are understated, which is a very German approach. You can clearly see the time and then the date. There are other beautiful watches on the market but in some cases you can’t actually tell the time with them because the design is so distracting! Our watches are more classic and understated. It’s the watch you buy if you don’t feel the need to justify yourself.”

The company was founded in Glashütte in Saxony in the 19th century at a time when this region was one of the most inventive and creative watchmaking centres in Europe. Early customers included Wilhelm II of Germany, the Ottoman Sultan Abdul Hamid II and Russia’s ill-fated Alexander II. After a century of producing high-quality timepieces, the factory found itself in the Soviet-occupied sector after the Second World War and, in 1948, the company was nationalised by the East German state. For decades it continued to produce watches but of a much lower quality for mass consumption. When reunification came in 1990, the company was relaunched by Günter Blümlein, a watch industry executive, and Walter Lange, great-grandson of the original founder. The workforce had never lost its capacity to make watches, but needed to be shown how to hit the standards demanded by high-level watchmaking. “Not many brands are such a representation of the history of a country over a certain period of time,” says Wilhelm. “It was a family company that has gone through the ups and downs of all the wars that Germany was involved in and then it became part of the Soviet empire before reunification.”

Lange & Söhne now produces only a few thousand watches a year in a number of classifications but when the company returned to the marketplace in the mid-1990s it had four watches. One of these, the Lange 1, remains the company’s most acclaimed and best-selling watch, having won 45 international prizes for its exceptional quality and clarity of display. It features traditional elements such as the three-quarter plate, screwed gold chatons and hand-finished surfaces, coupled with novel touches such as the outsized date display, which was inspired by the clock on Dresden’s Semper Opera House. The company has produced limited editions based on this original design but the most significant change to the Lange 1 over the past 27 years has been to improve some of the movements.

“This is the one watch that outshines all the others,” says Wilhelm. “It epitomises what we do. When it was launched in 1994, it was the watch that in every dimension seemed very unusual but is now recognised as a classic and has become the face of our brand. It represents our unique history and as such it is a true success story. For watch lovers, this is something that is very hard to replicate.”