Drinking a moment in time 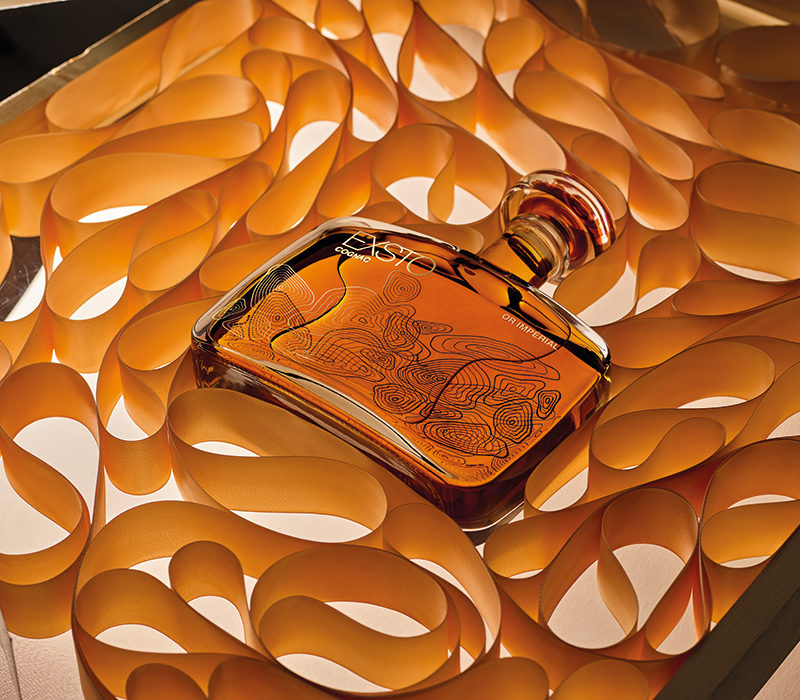 Exsto Cognac is putting a unique 21st-century spin on generations of French cognac wisdom to create fruity, floral notes that will appeal to a new generation

When Sabrina Duong hatched a dream to create a cognac for a new generation of drinkers, she knew she needed the perfect sommelier – one who understood her passion to make a cognac full of taste and craft, but with a smoother feel than a traditional cognac. She found her partner in Julie Dupouy, a young, world-renowned French sommelier living in Ireland who shared her desire to ensure that Exsto Cognac would be a luxury modern cognac for a younger generation of cultured drinkers.

“Julie said she was looking for energy and elegance rather than strength and power,” says Sabrina, who came to cognac from the cosmetic industry and has a well-established love for fine food and drink. “So when you taste and smell Exsto Cognac, there is rose and peach – it is those sweeter notes, which are more generous and more open, making it easier to drink. It’s a masculine drink with a feminine approach.”

Served in distinctive bottles (some with caps made by master glassblowers), Exsto Cognac comes in two blends – the Elixir and the Exsto Or Impérial. Each bottle is decorated with a discreet pattern that represents the topography of the Cognac region, from where all cognac must originate. The drink itself is made from white wine grapes which are distilled twice and then aged in barrels. Each barrel contains a different “eau de vie”, a selection of which are then blended together to create a cognac. In French tradition, a family will drink the same blend of cognac for decades, creating a link through history as deep and rich as blood.

The Elixir is made in batches of 3,000 bottles and contains blends that are between 10 and 35 years old, while the Exsto Or Impérial – limited to 888 bottles – contains truly rare and unique blends that are aged between 35 and 100 years old. One of these eaux de vie comes from a bottle that was buried in the ground during the Second World War to hide it from the invading German army, who were looting French valuables. It was only rediscovered in the 1980s. This is the history that goes into a bottle of Exsto cognac.

The drink was launched in Singapore in 2019 to great acclaim and Sabrina hopes to take it elsewhere in Asia – Vietnam is one target market – as well as the United States in 2022. For Sabrina, Exsto cognacs are different from traditional cognacs, which are usually bitter and oaky, and served at the end of the meal. Sabrina wants to make cognac a drink for any occasion, with a much broader and younger target audience. “I wanted to do something different for the younger generation who were not drinking cognac,” she says. “That’s a shame because there is so much craft, knowledge and passion in cognac. But the taste and image are not relevant to today’s generation, so I created something completely different – something with smoother and rounder flavours because people have different tastes today. This fruity and floral approach is true of beer and other drinks.”

The unique taste and exceptional craftsmanship of Exsto has won it gold medals at the London Spirits competition, the Cognac Masters and the World Cognac Awards, and a Master Medal from the Spirit Business. “Julie said to me once that ‘cognac is time, craft and pleasure in a bottle’ and that is true, there are no better words,” says Sabrina. “When you are drinking a glass of cognac, you are drinking a moment in time.”