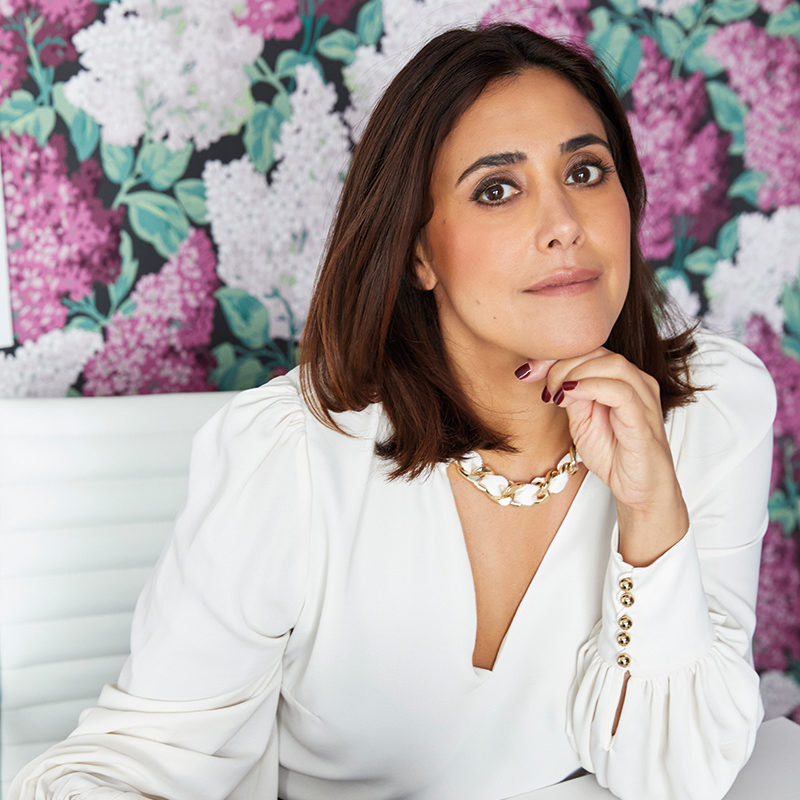 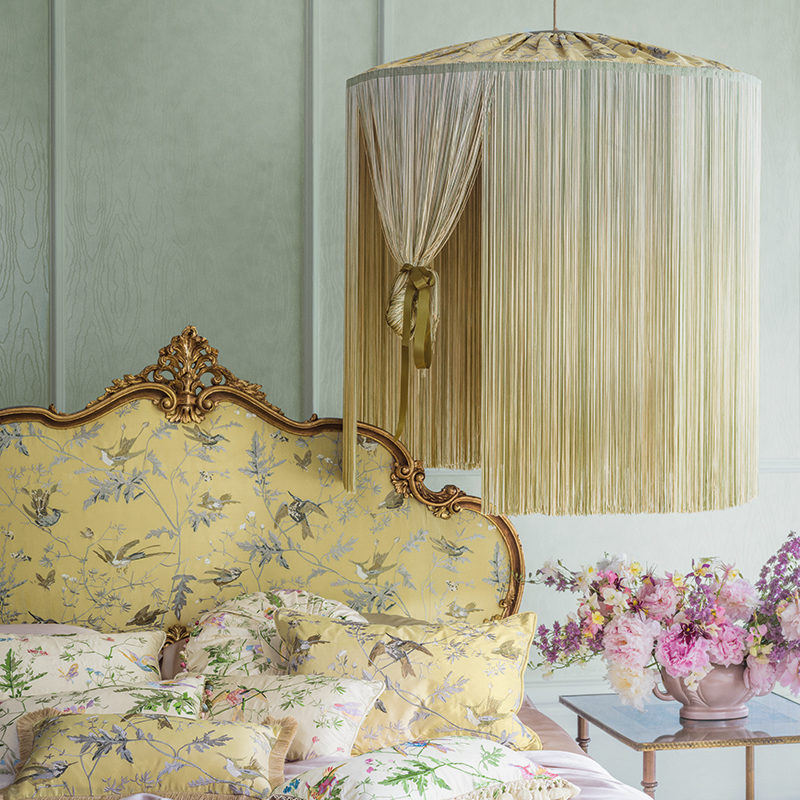 At Cole & Son, past and present combine to create beautiful modern wallpaper that is fit for a palace

The exquisite hand-printed wallpaper by Cole & Son has decorated some of the best-known and most influential buildings in the world, including the Palace of Westminster, the White House and several royal residences. “I always say that we don’t make the most important decisions, but we are in the room when those decisions are made,” says Creative and Managing Director Marie Karlsson, with a smile. “We add colour and glamour, but we also provide comfort.”

Cole & Son’s royal connections go back several decades, and the company has been the recipient of a prestigious Royal Warrant for more than 60 years. As well as being featured on royal walls – along with those of stately homes, such as Chatsworth House, Blickling Hall and Audley End – Cole & Son’s vast collection contains several royal-themed designs. The Historic Royal Palaces – Great Masters Collection features 14 designs inspired by historic royal residences, including the Tower of London, Hampton Court Palace and Kensington Palace. The wallpapers and borders are modelled on myriad architectural, horticultural and interior details found within these iconic spaces, for instance the Tudor gardens, Flemish tapestry, exotic royal plants and organic wood carving. Like the best designs by Cole & Son, these are striking creations that celebrate the past while embracing the present.

“We continue to create new designs, but they have to be authentic,” says Marie. “One thing we do well is the English quirk, a sense of playfulness that borders on fantasy. Our Contemporary Collection is one every designer wants to work with. These are the icons we draw on today, which we sometimes make a little seasonal by adding colours to make it more contemporary. People who want that modern-classic feel go straight to this collection. It gives an attitude to your home and makes you feel very welcome and comfortable.”

Cole & Son’s designers have a rich archive to work from, including 2,000 block-print designs, some of which are going on display at the company’s new retail boutique at 3 Jubilee Place in Chelsea. Cole & Son already has a showroom in Chelsea Harbour, but is adding this dedicated store to the heart of one of London’s most upscale shopping districts. “We have a quirky showroom at Chelsea Harbour where we show our new collections, and this is the part of town where we feel most at home,” says Marie, who was born in Iran and raised in Sweden before locating to London to take the reins of Cole & Son’s creative and managerial teams. “Here, we’ll celebrate the archive and tell the brand story. Luxury has to be a real experience and we want to bring our story into our work. We have a great history and we’re able to present that to our customers in an authentic way. We want to say that this is how things were done before and we’re still doing them this way because it is special.”

That brand story goes back to 1875, when the firm was founded by John Perry, a Cambridgeshire merchant. John located the business in Islington, an area renowned for block-printing. In 1883, he opened a wallpaper factory there, and in 1900 he revived the tradition of hand-flock wallpaper, a process that imitates cut velvet, which originated in Holland in the late 17th century. He also reintroduced an old technique of pan coating, which was used to create deep, rich and tactile prints. John innovated further in the years that followed, developing a range of techniques, including one to imitate silk, using ground mica. This lustrous silk effect is still used today.

In 1941, John Perry’s business was bought by Cole & Son, which led to the name change. As well as the business, AP Cole acquired more than 2,000 wooden wallpaper printing blocks that John had accumulated over the decades from neighbouring firms. The company began to exhibit the best in quality wallpaper manufacture at its new Fitzrovia showroom.

The years immediately following the Second World War were among the most successful, with the company at the forefront of the contemporary design movement, creating a string of iconic wallpaper prints such as the era-defining Palm Leaves and Woods. In 1961, this period of success was recognised in the form of a Royal Warrant, as an official supplier of wallpaper to Queen Elizabeth II. In more recent years, Cole & Son has established a global reputation, collaborating with international luxury design houses such as the Italian atelier Fornasetti and South African ceramicists Ardmore, while also launching the Contemporary Collection – Fabrics, which comprises Cole & Son design icons reproduced as a range of textiles, from jacquards and linen to velvet and silk. It is a perfect example of the brand philosophy, drawing on the past while innovating and moving forward. “Whenever I think about the future, I go into the archive to see what is already there and draw inspiration,” says Marie. “We are a brand of tomorrow, 100 per cent, and we want to be around for at least another 140 years.”

The playful, whimsical characteristic that Marie describes as key to the overarching design philosophy of Cole & Son has helped build the company’s global profile, particularly in the US. “America is a huge market for us now,” she says. “We are a very popular brand because they love the way we produce wallpaper and our made-in-Britain attitude. We give a little extra to every house. We have that creative English sensibility, but we are classic and remain selective and authentic. When people are investing in a property, they want to be able to live with the design decisions they make for a long time, and they trust our designs to last. We use the very best material and even recommend contractors who are best equipped to install the wallpaper.

“We are very proud of who we are and our ability to look at what we’ve done in the past and find a different spin on it, pushing boundaries, using our imagination and designing with passion.”