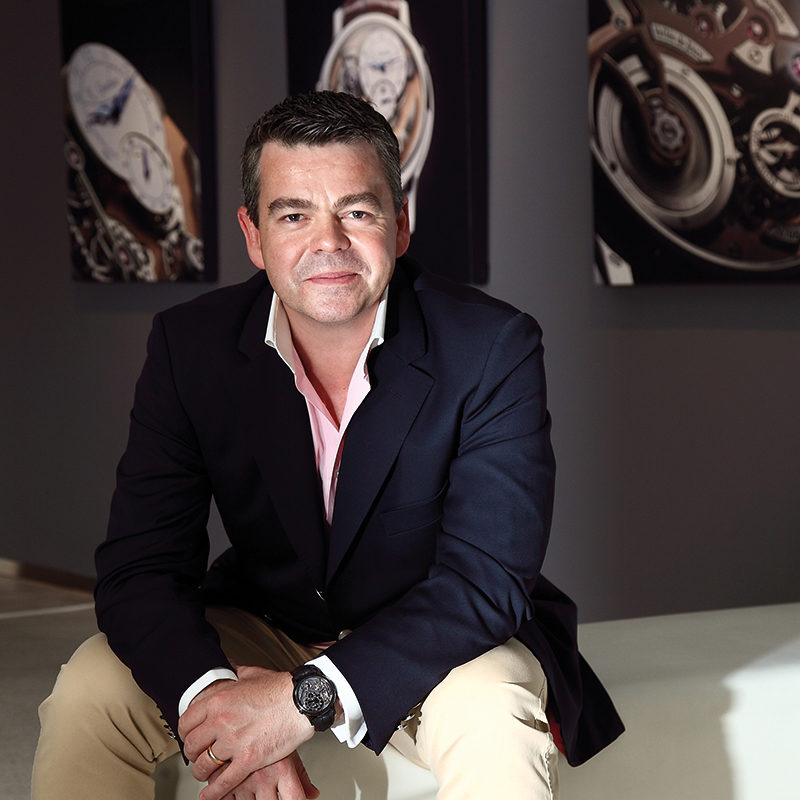 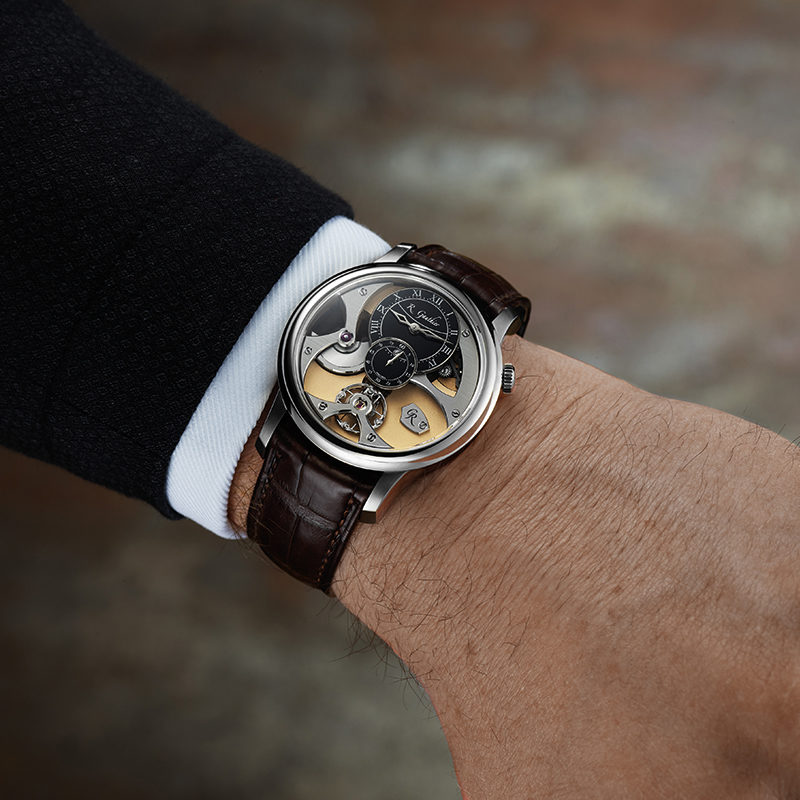 When Romain Gauthier was a student, he wanted a new speaker, but he found that they were all compromised in some way, either in terms of performance or appearance. “I began to understand that, if you want the best, the only way to get it is to make it yourself,” he says. “So that’s what I did, I made my own subwoofer. After that, the idea began to resonate in my mind. When I started making watches in 2005, I applied the same principles. I wanted only the finest quality and my vision was to make watches for the highest level of collectors with a limited production run. For this, I needed total freedom of creation and production, so the construction of a Manufacture became essential – it was the only way to ensure our autonomy, and to reach my goals in terms of quality, finishing and design ”

It is an uncompromising approach that has seen Romain Gauthier produce some of the most prestigious timepieces to come out of Switzerland. Chief among these is the Logical One, which put Gauthier on the map when it was named Best Men’s Complication Watch at the Grand Prix d’Horlogerie de Genève, the Oscars of watchmaking. Now a collector’s piece, it featured revolutionary, friction-minimising ruby chain links and a sapphire-lined mainspring barrel that provided nearly two days of constant force – the holy grail of precision watchmaking.

“I spent a long time on the design for this watch and pushed myself to the extreme as I wanted to see what I could achieve,” explains Romain. “When we won the Grand Prix in 2013, I felt I no longer had to prove anything to myself. That piece was an incredible achievement personally and has given me the freedom to pursue any direction I choose.”

Freedom is an essential part of Romain’s philosophy. While studying for an MBA, he realised that other watchmaking companies placed constraints on their employees. For even the most luxurious watchmakers, new designs had to be ready at a certain date, in specified quantities and at an agreed cost. These restrictions often chafed against the craftsman’s desire for creativity and commitment to excellence. Engineers, designers and artisans – everybody involved in the process of creating a new watch – were put “in a box”. “I have no boxes,” says Romain.

When he is working on a design, Romain continues until he feels fully satisfied with what he has created – like every artist who knows when they have made something beautiful and as exceptional as it can possibly be. “It invariably takes more time and requires different processes, but it means we have more human value. When you go for an artistic design, the shapes start to become more complicated and that requires much more intelligent engineering and expertise, so you can finish the watch with the sort of quality that is expected at this level of horology. You can’t do 1,000 of these watches per year if you make them in this style, so we are limited to 50 or 60.”

To meet his high standards, Romain needed to surround himself with the best craftspeople, capable of ensuring a complex and meticulous level of finishing, artisans whose talents needed to be challenged, exceptional people who wanted to prove to themselves that they were capable of doing better than the demands of the traditional production schedule. “I was able to build a team of people with a vision like my own,” says Romain. “I found wonderful people able to achieve the highest objectives in terms of finishing, decoration and traditional watchmaking. We give them the freedom and time to achieve the quality we require”.

There is similar investment in the Manufacture, which has the best machines and tools, as this is the only way to create the sort of innovative in-house movements designed by Romain. When handled by experts, the machines can make adjustments to an astonishing degree of precision – one-fiftieth of the diameter of a human hair. A team of finishers harden, polish and temper components to prolong lifespan and increase shine and smoothness, while specialists embellish movements with delightful decorative touches. Hours are spent filing the angles between the flanks and surfaces of bridges to create eye-catching bevels that are hand-polished using gentian wood, which Romain personally selects from the local forest. These human touches – of skill, diligence and consummate craftsmanship – are what distinguish a Romain Gauthier timepiece.

Prominent designs include the Logical One and the Prestige HMS. The most remarkable pieces are those in the Exception Collection, whose unique models showcase the finest design concepts and the extraordinary skills required to make them. These include hand-painted micro-engravings, precious jewels – even stone marquetry. “We also do bespoke pieces for collectors who want something unique,” says Romain. “They might love a certain colour or a certain technique and we can add that to the main design.”

As well as these pieces that celebrate the great heritage of Swiss horology, Romain has introduced a new line, C By Romain Gauthier. “This will have a new approach, using our experience as manufacturers to make a piece that is more accessible in terms of price,” explains Romain. “This is not to compromise the quality or artistic design, but to use a more modern approach, more graphical and technical. This will be produced in larger quantities but still only around 200 pieces a year.”

This ensures that the house of Romain Gauthier retains its reputation for technical and artistic expertise, prodigious imagination, intricate manufacturing and impeccable taste. The watches are available in approximately a dozen stores around the world, but Romain values direct communication with his customers. “I place so much importance on the human touch,” says Romain. “Swiss watchmaking is synonymous with quality and it is important for me to continue to push the boundaries of watchmaking while adding as much in terms of human value as is possible, doing things in a way that is true to the history of horology with no compromise.”