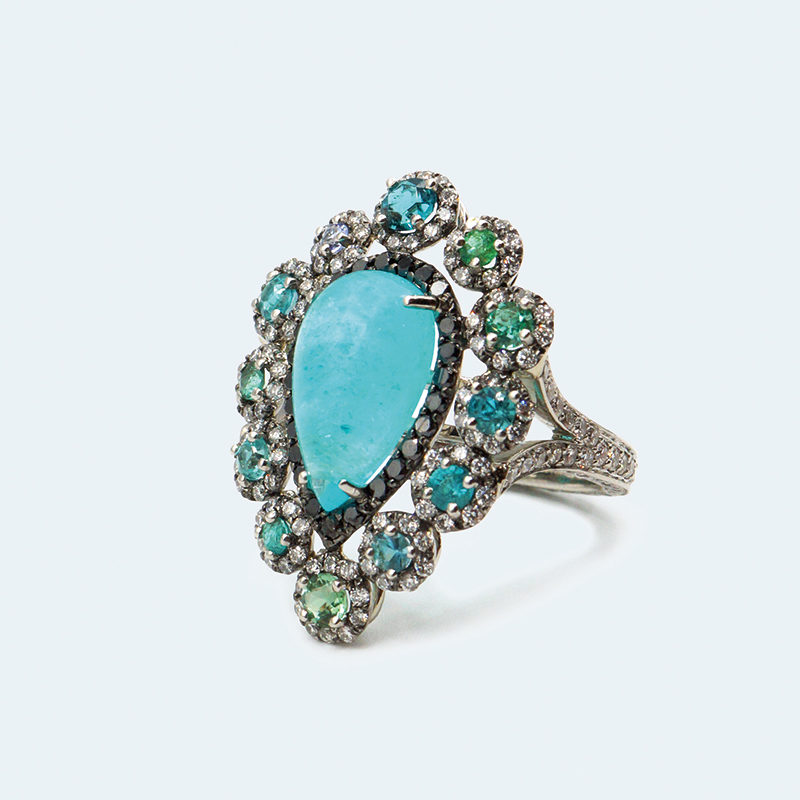 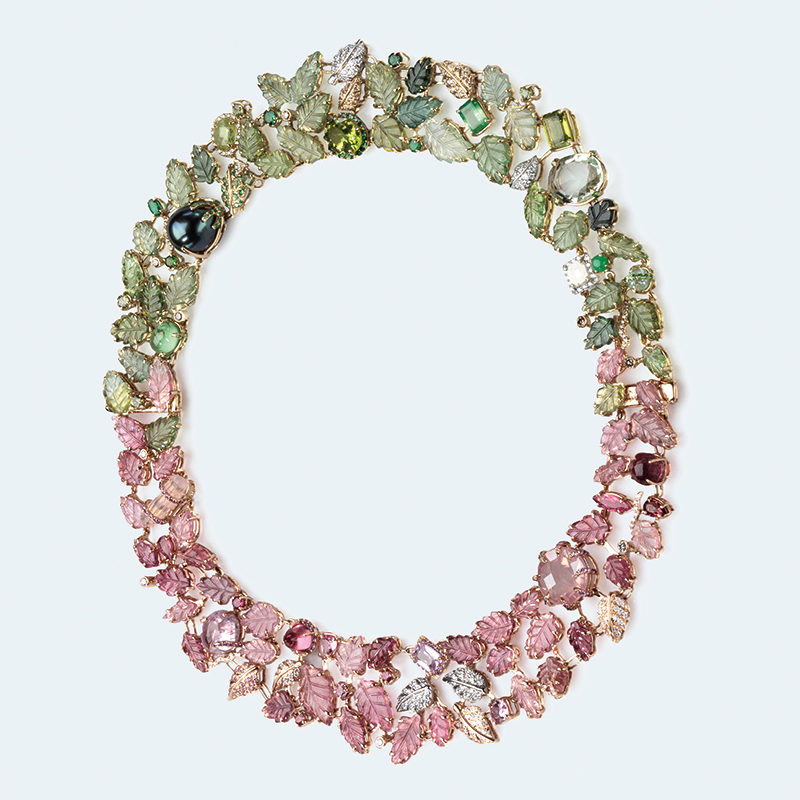 Somewhere in the confines of Sharon Khazzam’s studio on Long Island is a thick file that records every single unique piece of colourful jewellery that she has made during her successful career as a designer. It is something like an encyclopaedia of Sharon’s extraordinary work and an example in itself of her dedicated and singular approach to jewellery design: every piece is the only one of its kind and every gemstone is carefully hand-selected by Sharon herself. This is jewellery as art, the creative expression of an individual designer but tailor-made for each client’s tastes and style.

“Our customers usually come to us via word-of-mouth,” says Sharon. “I find my typical client is a woman who has all the means at hand, perhaps she has her own business, and if she wants to spend a few hundred thousand dollars on herself, she can. People won’t find many photographs as I don’t want to dilute the designs and saturate the market but if somebody is interested in what we do, they contact us and we have an interview so we understand each other, establish a relationship and take it from there.”

Sharon, who was born in Iran but has made New York her home since 1979, has a defiantly non-traditional approach to jewellery, often using gems that others might consider imperfect but which she recognises as unique. She enjoys creating thrilling collisions of bright colours and playful shapes, as well as imaginative jewellery that can serve more than one function, such as the drop of an earring that can also be placed on a gold band to be used as a necklace. Above all, she makes jewellery that is designed to be worn rather than hidden away in a safe because the value is not betrayed through pointless ostentation.

This style has been honed during a career that really started when she began to work at Asprey, the luxury Bond Street jeweller. Her talent was quickly recognised by the company president and she served an apprenticeship with master jeweller Andre Chervin before becoming Asprey’s in-house designer for eight years. She then moved to Barneys New York, where she was able to further develop her unpredictable signature style.

“I took a lot of my philosophy from Asprey and Barneys, which was to make timeless one-of-a-kind pieces that could last for generations without being attached to a contemporary fashion trend,” she says. “At Asprey, I was introduced to a new world of very fine jewellery, which wasn’t present in the US, and Barneys was very edgy, for a slightly different generation, and I worked with them exclusively for 20 years. I am also partnering with others on interesting events; for example, I have done some work with the Princess Grace Foundation in Monaco, designing a piece of jewellery for auction, a necklace in her colours.”

From her New York studio, Sharon continues to design adventurous and unforgettable jewellery that she hopes will become part of a family’s history, prized like the work of art it undoubtedly is. “Every piece I make is unique and they are all numbered. They are designed to be passed through a family. I believe jewellery can be a message from one generation to another. It has a legacy, a story, that can be passed on to the next generation.”