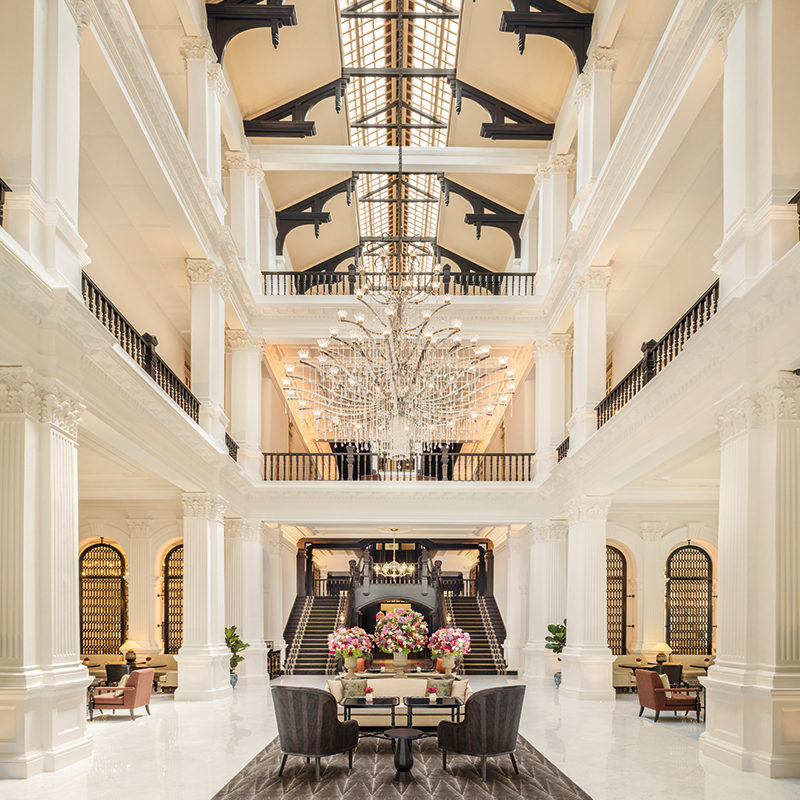 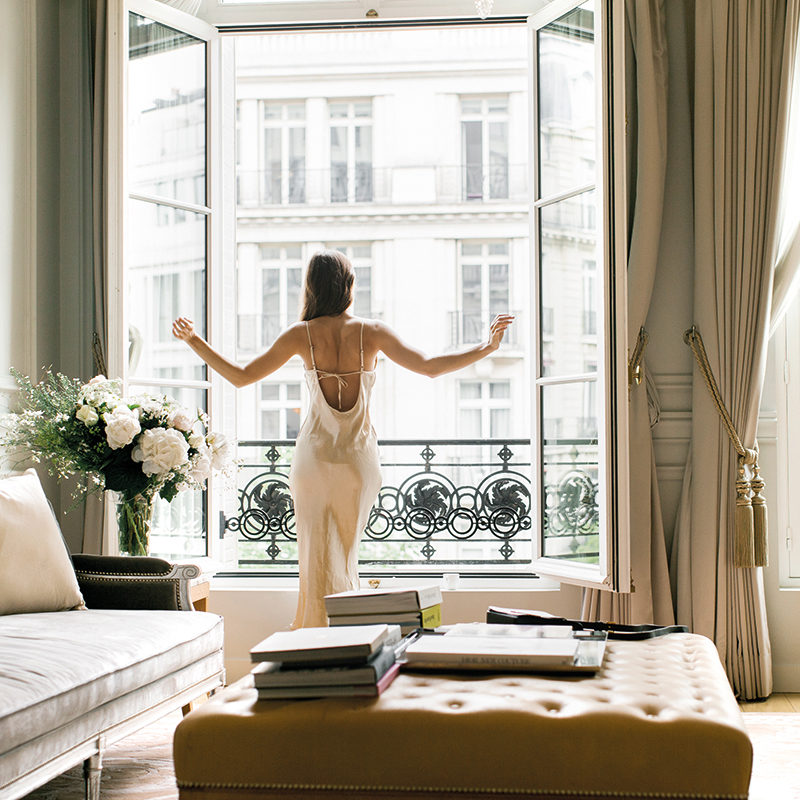 World-renowned for its legendary hospitality since 1887, the celebrated Raffles brand is now opening in a landmark London location

Although founded in South East Asia by four Persian-born Armenians, there was always something quintessentially British about Singapore’s Raffles Hotel. It was named, after all, in honour of the founder of modern Singapore, Sir Stamford Raffles, in 1887, the year of Queen Victoria’s Golden Jubilee, and entertained such illustrious guests as Rudyard Kipling, Joseph Conrad and Noël Coward.

Over the past three decades, Raffles has travelled the world, expanding in and beyond its South East Asian home territory, opening 17 landmark properties to date. Now, it is coming to London in the form of a breathtaking 120-room hotel, 85 branded residences, nine restaurants and three bars at The OWO (Old War Office) on Whitehall, a building with a history as compelling as its dramatic Edwardian Baroque frontage.

The likes of Winston Churchill, David Lloyd George and TE Lawrence worked in this building, as did Ian Fleming, who found inspiration for James Bond among the many characters who populated its halls. In return, the building has featured as a filming location for five 007 films, before its monumental five-year transformation into London’s most auspicious new luxury hotel. “Raffles is fortunate to have a storied heritage across the world, and part of our role is to add new chapters, to build a future legacy,” says Stephen Alden, CEO of Raffles and Orient Express.

Known as “the birthplace of stories and legends since 1887”, Raffles Singapore was opened by the Sarkies brothers – Martin, Tigran, Aviet and Arshak – as a ten-room hotel in a former beach house. Its arrival coincided with the Golden Age of Travel at the end of the 19th century, and it quickly became known as a place to be seen – preferably with a signature Singapore Sling at the Long Bar.

Over the following decades, Raffles was frequented by famous writers, Asian and European royals, Hollywood stars, heirs and heiresses, and political leaders. Its close relationship with the artistic, literary and cultural world was a defining feature as it grew into a much-loved 115-room hotel with a strong identity and reputation for excellence.

From the start, Raffles was characterised by its pioneering spirit. The hotel had powered ceiling fans and was the first in Singapore to feature electric lights, alongside a veranda, ballroom, bar and billiards room. It prospered despite difficulties as diverse as the Japanese occupation of Singapore, an escaped tiger and the Great Depression. In 2019, during the bicentennial celebration of the founding of modern Singapore, the “Grande Dame” reopened after a careful and sensitive three-year restoration and was lauded in the global press as “probably the best hotel on the planet”.

Today, with hotels, resorts and residences spread globally, Raffles has grown from a single hotel to a collection of addresses as diverse as a castaway island escape in the Maldives, an urban sky-rise in Istanbul and a revived historical icon in Warsaw. A sense of boundless possibility permeates the brand. “At the pinnacle of luxury,” says Stephen, “we are fortunate to be in a position to cut through the noise. We are working to inspire a new generation of hoteliers, as well as making sustainable practice a way of life in our organisation. Everything interacts like the parts of a well-balanced motor: design, technology, sustainability and the deceptively simple skill of making people feel genuinely cared for. Raffles’ visitors arrive as guests, leave as friends and return as family.”

Raffles will double its portfolio in the coming five years to world destinations such as Boston and Doha, each hotel carefully curated in its own right, sharing a common bond by remaining true to the spirit of Raffles – an oasis for the well-travelled, a place for “comfortable wonderment”. Those who channel that spirit are the lifeblood of every Raffles property, among them the butlers with their legendary openhearted service.

Stephen also refers to the “Raffles perspective” – the art of bringing a destination to life in ways that are relevant to guests. “We are part of the social fabric of our communities, and this comes with a responsibility to protect, enhance and reveal their cultural and natural heritage – in turn, creating an experience for our guests that is connected and personal, enabling them to discover a destination in their own time and way.”

Raffles has always been somewhere for people to gather and feel at the heart of a place, as it will when Raffles London opens in early 2023. The OWO is a British monument, echoing the splendour of its Singapore ancestor in a pleasing East-West symmetry. The former Old War Office is where politicians and generals steered a course through the first half of the 20th century, making it an important and defining location. Built in a trapezoid shape to take full advantage of an entire block, it has seven floors topped by four domes and features a series of sculptures representing peace, war, truth, justice, victory and fame.

The transformation of the building has seen a site excavation as deep as the building is high, adding a further four floors. Inside, a world of experiences awaits guests, residents and spa members. Three of the restaurants are being overseen by international master chef Mauro Colagreco, the Italian-Argentine founder of the three Michelin-starred Mirazur in France; while the rooftop terrace overlooking St James’s Park is sure to become a London destination in its own right. The wellbeing concept cleverly draws together the timeless elegance of Guerlain to oversee the spa, with exciting new movement and nutrition programmes curated by holistic specialist PILLAR.

It is an opening that is remarkable for its ambition. “No brand has ever become a legend without adopting a progressive attitude, in tune with – or even ahead of – the zeitgeist,” says Stephen.

“Raffles is re-energised, fusing its heritage with modern hotelcraft that is vitally in step with the contemporary lives of all those it serves. Raffles is about creating places where people want to be, and return to.”