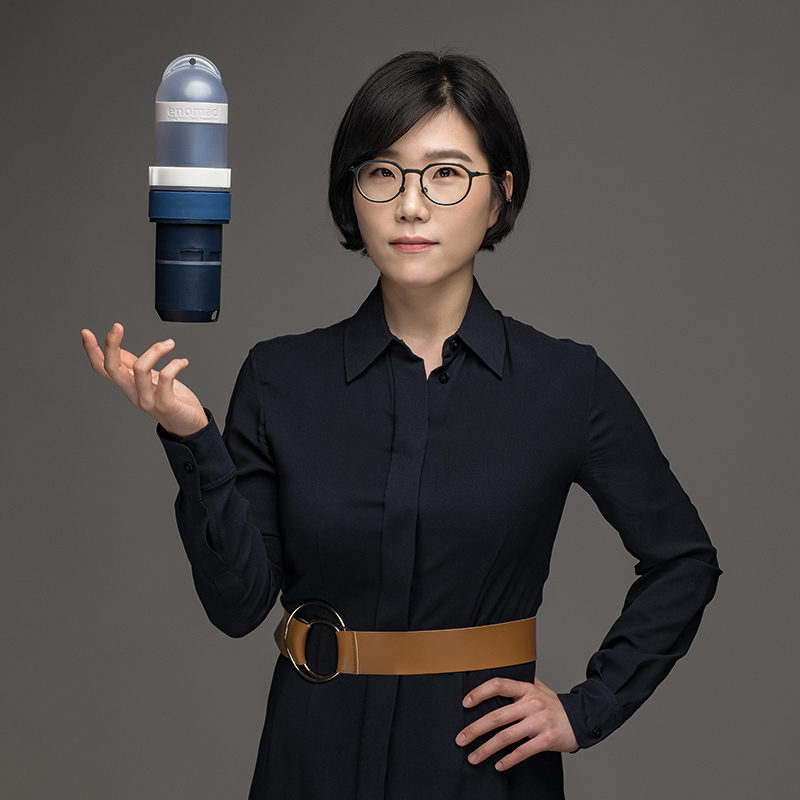 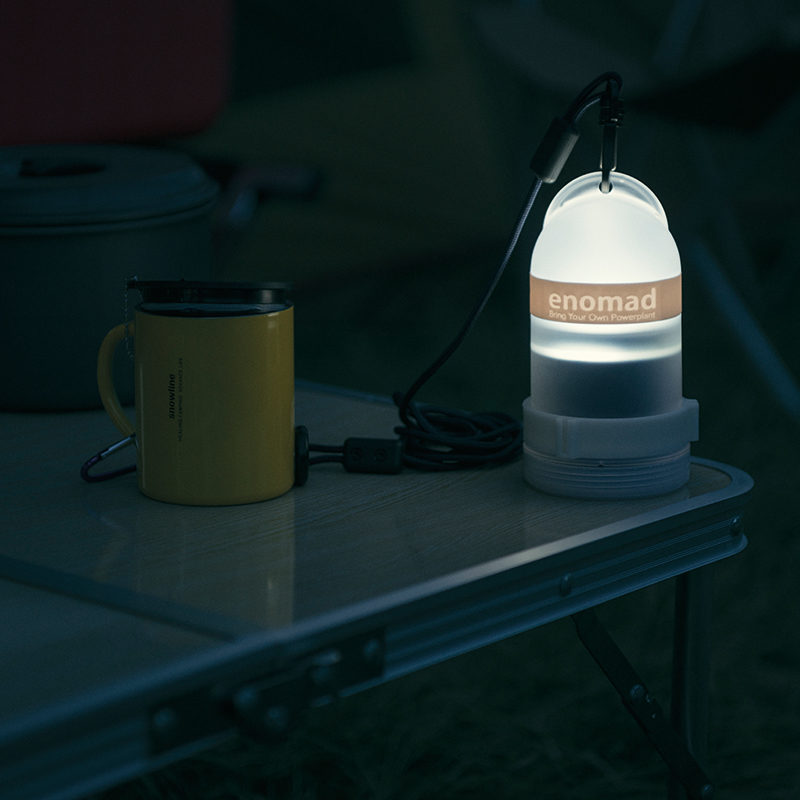 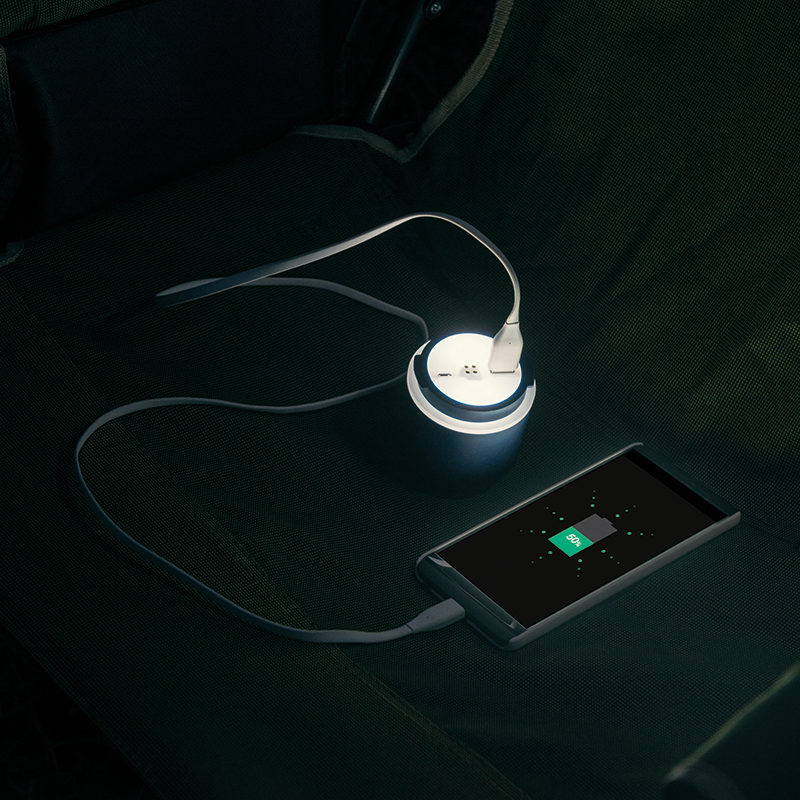 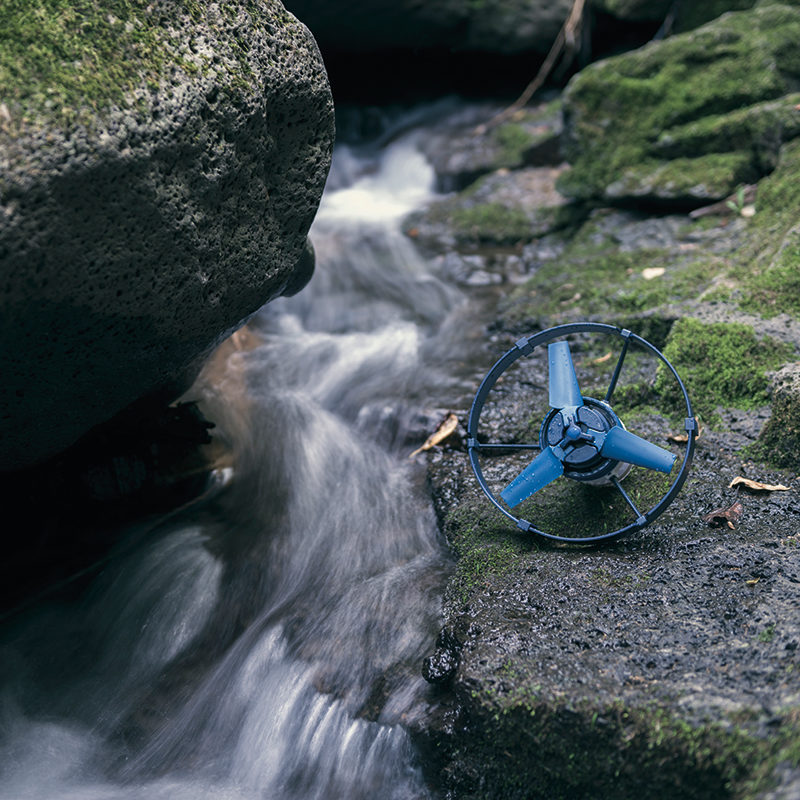 For many people in the developed world, a seemingly endless supply of energy and connectivity is just a plug socket away. But, when South Korean entrepreneur Hyerin Park went backpacking around India at the age of 21, she became aware of the limitations of being “off-grid”.

“It was the first time I had experienced a power blackout,” she says. “That was the moment I began to think about energy accessibility. I realised that, to shift the energy paradigm, we needed to decentralise the energy system and make it more demand-centric.”

In 2014, she founded Enomad – the name a fusion of “energy” and “nomad” – and designed the Enomad Uno, the world’s smallest portable water-power generator. It produces power using no more than the current of a stream or river, allowing users to power phones and tablets in the middle of nowhere. It has found immediate success in the outdoor leisure market, particularly in North America.

“There are campers who enjoy water-based activities such as fishing, kayaking and sailing in parts of America where flowing water is easy to access,” explains Hyerin. “Even in a lake where there is no current, the Uno will charge if towed along behind a canoe or kayak.” With the use of portable diesel generators banned in US national parks, the Enomad Uno provides an essential, easy-to-use power source.

The lightweight yet durable Uno – made from an eco-friendly, high-density homopolymer – is neat enough to fit into the water-bottle holder of a rucksack. It consists of a turbine attached to a generator that converts the kinetic energy produced as water flows over the turbine propellers. The energy is stored in the battery section. When the propellers are folded away, the Uno can also be used as a torch.

The Uno has earned international acclaim. It was in the Top Ten global start-ups at the Royal Family’s Pitch@Palace in 2019, was selected for the Munich ISPO 2020 sports business fair and was the subject of a BBC documentary. However, Enomad’s technology also has the potential to supply significant power when used at scale. Hyerin demonstrated this by installing 100 portable hydropower generators in the Han River in Seoul, integrating the battery modules in order to store enough electricity to power an outdoor “green” cinema event.

Hyerin has also developed an Enomad “green school” to educate companies, schools and local government departments about the accessibility of sustainable energy and is promoting business collaborations that explore where and how micro-hydropower can be used to benefit remote communities. She is also working on a water-monitoring network system to observe water data, such as quality, temperature and flow, to predict floods, droughts or pollution in real time.

“Our message is that we are harnessing clean energy for everyday people,” says Hyerin. “We are giving them the option to choose.” Alongside this is part of her long-term plan, to bring sustainable energy production to countries such as India, Vietnam and Cambodia. Fossil-fuel energy production not only pollutes, but also focuses on the needs of cities. This leaves around a third of the global population cut off from the power needed to supply schools, homes and businesses.

“The problem facing all of us is that we are living in a hyper-connected world,” says Hyerin, “and as individuals we are consuming more and more electric energy.” For remote communities that desperately need reliable power, the Uno is a life-changing innovation.