A twinkle in the eye 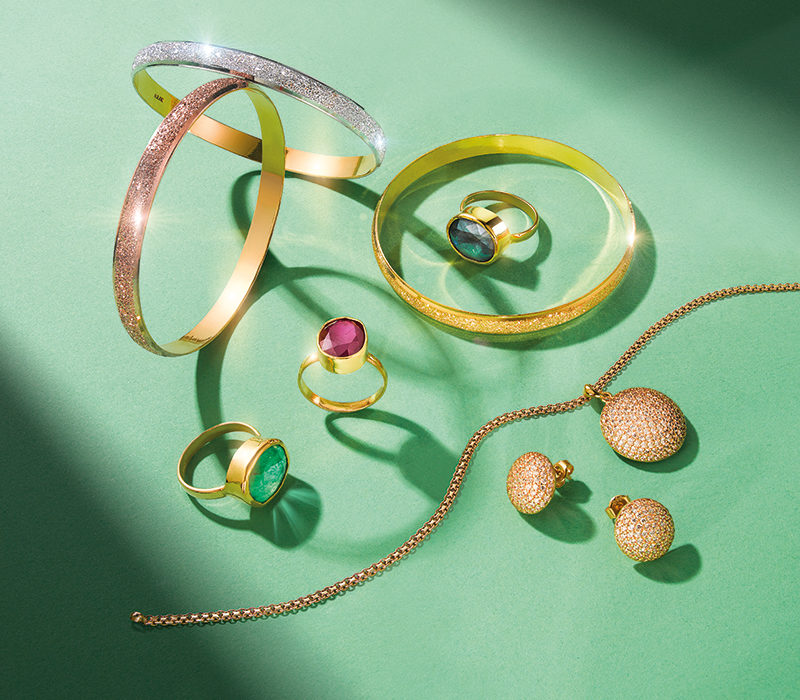 Atiyya Noori’s fascination with gemstones began at a young age. Captivated by the colours and shine of the stones that her father gave her mother, she started to explore their origins. It was the beginning of a lifelong journey. “Every day I learn something new,” she says. “For example, rubies are mined in several different countries, but the violet blue gemstone tanzanite can only be found in Tanzania.”

Atiyya began making pieces for herself, but with the encouragement of family and friends, she decided to turn her hobby into a business, JG of London. It took more than a decade to build the necessary skills and expertise to make a mark in the competitive world of high-end jewellery. Atiyya paid particular attention to the sourcing of her materials. The time spent on research has paid off, and only the best quality stones are used in JG of London’s handcrafted creations. Her early designs were made simply from 22-karat gold but now include high-quality rubies, sapphires and other precious gems.

In response to new shopping habits, particularly since the pandemic, Atiyya takes orders directly from clients and has decided to sell online with the launch of the JG of London website. The emphasis is on quality rather than quantity, including signature bespoke pieces that can be tailored to the individual. “The world has changed,” says Atiyya. “I will create a few pieces with a personal touch, making them as unique as I can.”

One of her specialities is a diamond dust design, as seen on the shimmering, textural bangles. Some pieces made from 22-karat gold have a rich yellow colour, while other gold designs are given a coating of rhodium (the rarest metal in the world, which is highly resistant to corrosion) to produce a rose gold tinge.

The idea is that these jewels will be worn as the investment they are, rather than locked away in a drawer, and Atiyya hopes their wearers will feel as special as the creations themselves. Atiyya also has ambitions for a new range that includes pieces in nine karat and 18-karat gold, as well as a collection featuring green amethyst. “Above all, I want my jewellery to stand out,” she says.