A place to unwind 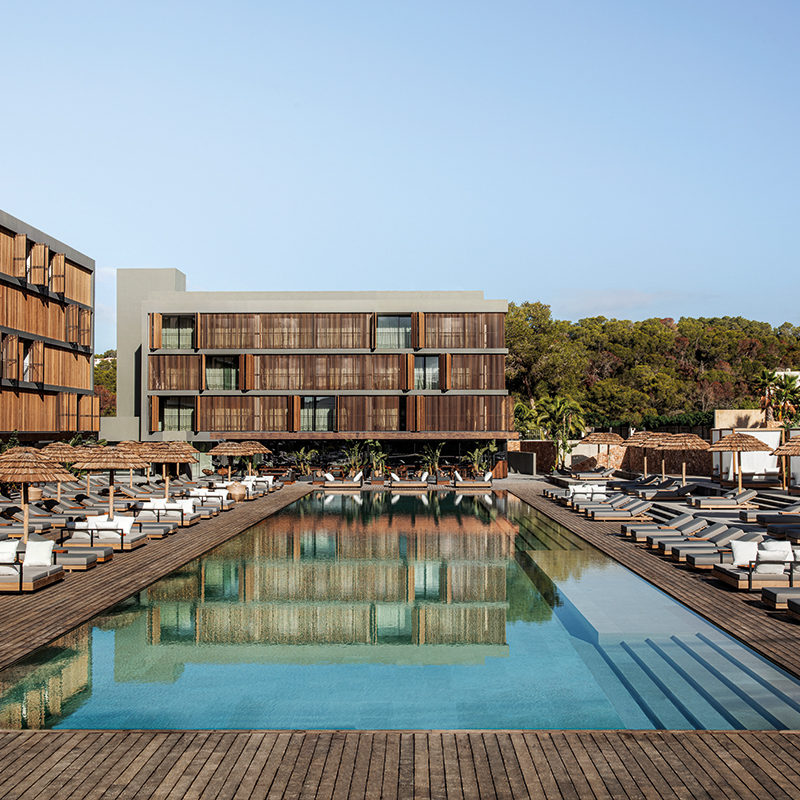 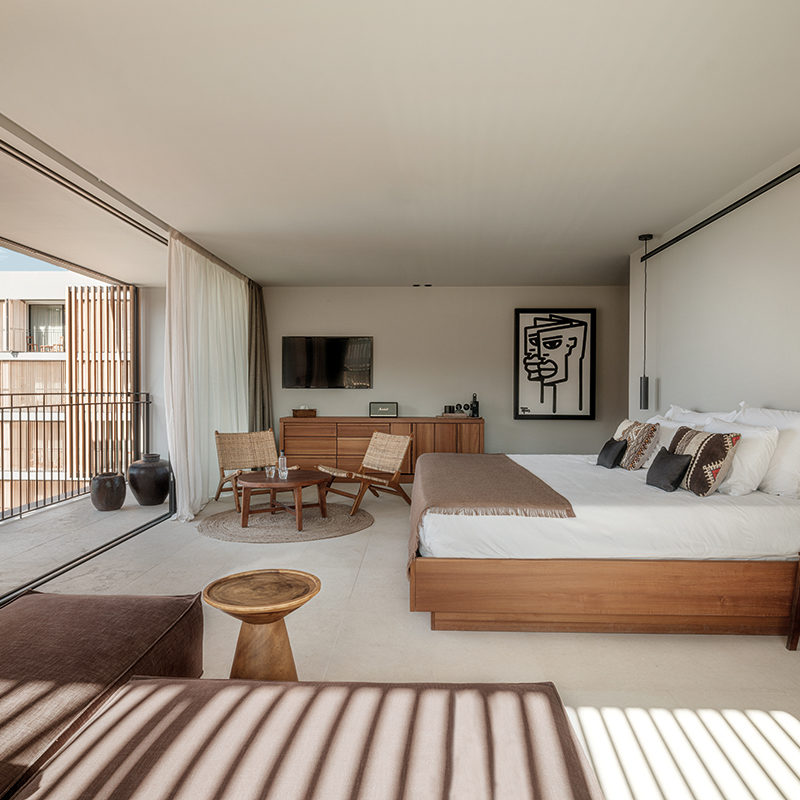 Understated elegance defines Oku’s hotels on Ibiza and Kos, where guests can recharge in nature and relax under glittering skies

The concept of Oku, says Chief Operating Officer Enrique Mandl, originates in Japan. It’s a spatial concept that pertains to inwardness in relation to the environment, urban or otherwise; it relates to the private, the intimate, the profound – a unique mental and spiritual experience. And this is the guiding principle of Oku’s hotels on the Spanish and Greek islands of Ibiza and Kos.

The properties focus on helping guests discover their sense of inner space through nature and are based on the idea of laidback luxury, something Oku felt was missing for the modern traveller. It’s about brilliant design, food and wellness facilities, but nothing too stuffy. “It’s not an ostentatious thing,” says Enrique. “It’s more understated, relaxed.”

Oku Ibiza, offering such five-star laidback luxury on the fringe of Cala Gració bay, opened in spring 2021 and has quickly become one of the island’s most coveted hotels. A design-led hideaway with a feeling of tropical bohemia, it focuses on slow living, connection with nature and enriching experiences for the curious traveller, catering to the shifting paradigm of Ibiza’s tourism scene.

Oku has understood the shift in Ibiza’s tourism industry. “It’s very much more grown up than it was previously, especially the last few years, as hotels have to do more day business than night business,” says Enrique.

And so, a day at Oku might begin with an energising juice and morning yoga – there are complimentary classes twice daily – followed by relaxation over a cup of artisan coffee. Thereafter, you might indulge in a spa treatment or wellness ritual from a menu that blends the traditional and modern using natural products, followed by a dip in the hotel’s 50-metre, adults-only pool, or soaking up the “White Isle” ambience of the area. After a relaxed lunch at the poolside To Kima, you might have a personal training session or a gong bath, then come the evening and the vivid orange sunsets for which the bay is celebrated, enjoy a glass of wine or a cocktail and the first-class cuisine of Oku’s restaurant. An attraction in its own right, it features an exceptional variety of fresh fish and meat dishes, fusing Asian and global flavours. Then, if you wish, you can head poolside where one of the resident DJs is sure to reawaken your senses.

The 186 chic guestrooms and suites include an expansive Signature Suite, complete with DJ booth and bar, a standalone four-bedroom villa with its own private pool, a collection of oceanview penthouses, and swim-up rooms where you can step into a semi-private pool directly from the terrace.

The design and furnishing of Oku’s hotels are vital to maintaining its singular vibe, at once profoundly restful and spiritually invigorating. Taking inspiration from the location, a natural design ethos reflects the simplicity of beach life. Embracing the Japanese philosophy of wabi-sabi, which champions the connection to earth, subdued tones are mixed with natural materials such as stone, wood, rattan and palms, while architecture cleverly plays with shadow and light. The concept mixes tradition and modernity, and sets a high premium on sustainability. Oku also showcases the work of rising modern artists, which includes bespoke commissions by LA-based painter and sculptor Steve Tepas.

The company’s growth has been rapid, with Oku Ibiza joining its sister property on Kos in quick succession and plans for further expansion. Our hotels are the ultimate destination to reconnect with yourself, says Enrique. “People want to recuperate.”